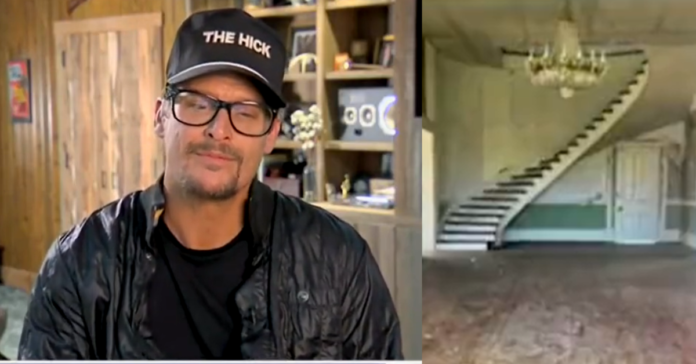 Country music legend Kid Rock told Fox News host Tucker Carlson that people are “sick of seeing history torn to the ground” while talking about the potential destruction of Beechwood Hall, an antebellum house outside of Nashville, Tennessee, once owned by Hank Williams.

Tucker asked the music legend and Nashville resident: “So, you have your own house — why are you so interested in this house and what happens to it?”

Kid Rock said: “I think, like so many other people in this country, we’re sick of seeing history torn to the ground, whether it be in the form of monuments, statues and now something so important here in Nashville, like the former home of Hank Williams, Beechwood Hall.

“Where does this end?

Kid Rock: “Like so many other people in this country, we’re sick of seeing history torn to the ground.” pic.twitter.com/tUg4mWy6zj

“We kind of all knew that from the beginning, once this fiasco started, that it’s never going to end.”

Beechwood Hall is one of the few homes to survive the Civil War.

There are rumors Keel wants to demolish Beechwood Hall.

“A lot of people say it and they say it under their breath, but they’re scared to say it out loud, so once again I’ll be the guy.

“We kind of tell them, leave your effin’ politics at the state from which you’re coming.

“I don’t think there’s anything more important in country music — if not, American music — than Hank Williams, the greatest songwriter of all times,” Rock said.