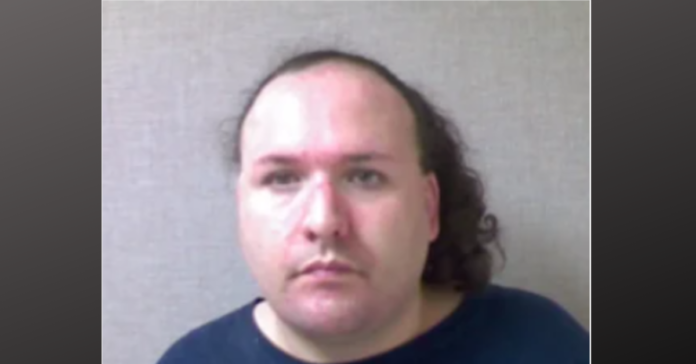 A Dem lawmaker from New Hampshire was arrested for stalking. Rep. Stacie Laughton was arrested over the weekend in a domestic violence-related stalking case.

Laughton is New Hampshire’s first transgender elected official. Laughton spent the weekend at Valley Street Jail after she was arrested for violating a domestic violence order by stalking a person.

Laughton is charged with stalking a woman in violation of a civil restraining order according to Hudson police.  One House Democrat came to Laughton’s defense. Rep. Timothy Horrigan (D-Durham) said:

“She’s gotten into a lot of trouble over the years & she keeps getting into trouble, but she’s basically a good person.

“She’s not violent or abusive, or harmful to anyone other than herself.”

“I don’t think the person she was stalking would feel the same way,” Rice responded. “I am thinking that person would definitely think they were harmed. I’m shocked sitting on the [House] Judiciary Committee you would even say this.”

Her only known predecessor, Althea Garrison, was outed as transgender by The Boston Herald only after she had already been elected, and does not self-identify as transgender.

Now that Laughton has returned to the New Hampshire House of Representatives she now joins a long list of transgender elected officials around the nation including joining fellow NH Reps who are transgender also.

I am not pleased by anything Stacie did & now I wished I just ignored NH Journal’s provocation. There are other reps who did bad things recently. Like, for example, the @NHGOP rep who ripped off several million $ from both the federal gov’t & his hometown (not in NH). (1/2)

I actually tried to interest the guys at NH Journal in that 2nd story. They were not at all interested, even though it was a very juicy story which was all hidden in very plain view. (2/2)

House Republicans Tell Joe Biden The Gravy Train Is Over, Call For Audit On Money Sent To Ukraine

Lauren Boebert Puts Joe Biden On Notice: “The days of Biden operating at will without checks and balances are over”