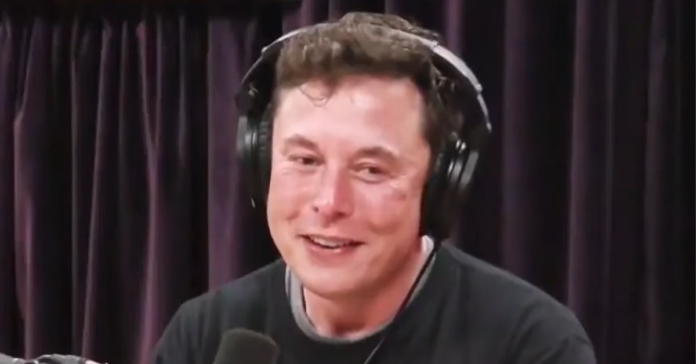 Tesla CEO Elon Musk put The New York Times on the notice calling the newspaper ‘boring far-left brainwashing.’  Musk was responding to a post by one of the last true independent journalists we have in America, Matt Taibbi.

Matt was once the darling of the left until he called BS on the Trump-Russia story. The backlash for not going along with the Trump smear job was immediate and ruthless. Matt vanished from CNN and MSNBC and became a pariah to the left and mainstream media.

Matt said: “The New York Times says America doesn’t “deserve” Donald Trump, but the Times sure does, especially after winning a Pulitzer for a story botched across years,” with a screenshot of some of the bogus stories the paper ran on Trump.

“It is tragic how far The New York Times has fallen – basically just boring af far-left brainwashing at this point. The boring part is truly unforgivable!”

It is tragic how far The New York Times has fallen – basically just boring af far left brainwashing at this point. The boring part is truly unforgivable!

Matt said in his longer piece:

“Trump was elected in 2016. That’s a fact. The American political establishment has since refused any honest reckoning about how or why it happened. The closest the Times came to an explanation in this week’s editorial:

“Mr. Trump has many loyal supporters, who regard him as a flawed but effective champion. His rise to power was built on the idea that he is a winner and, for many Republicans, his victory in 2016 was sufficient justification for having supported him.

“It allowed the party to cut taxes and take firm control of the Supreme Court, opening an era of conservative jurisprudence, including the reversal of Roe v. Wade this year.

“In this fantasy world, Republicans merely put up with Trump, as a means to securing traditional conservative ends like cutting taxes and reversing Roe, because of “the idea that he is a winner.”

“You’d have to be high as a Georgia Pine to believe this. There may be some Republican politicians who made the Machiavellian calculation the Times describes, but his voters weren’t thinking that. They just saw a way to send a giant Fuck You to people they hated and distrusted more than Trump.

“That means you, esteemed members of the New York Times editorial board, along with the boards of other papers like the Washington Post, and TV and cable networks, both political parties, and most every major American or American-led institution, from NATO to the Fed to Merrick Garland’s Justice Department to the DHS and beyond.

“There are probably 75 million Americans who think you’re all less trustworthy than Donald Trump, and that’s not because they think Trump is a saintly Clean Gene savior (the Times featured photos of Trump supporters “praying before Donald Trump”).

“On the contrary, they know he’s a bullshit artist of the first order. They just think you’re worse. When Trump lies, the average person shrugs, like they did when he tried to sell them on the “World’s Greatest Steaks!”

“When members of the we-deserve-better crowd lie, they do it with a halo, which makes millions of people want to send Trump rocketing up their poop-chutes. Dave Chappelle nailed it last weekend:

“No one,” shouted Chappelle, “had ever seen anyone come from inside out of that house, outside, to tell all the commoners, ‘We are doing everything that you think we are doing!’”

I have such mixed feelings about Dave Chappelle, but he is easily one of the GOATs of comedy, and has always been able to sprinkle a lot of truth in between his jokes. pic.twitter.com/DomgKGQAvi