Lauren Boebert’s Dem Challenger Concedes Race Before Recount: “Adam Frisch called me to concede this race, time to get to work” 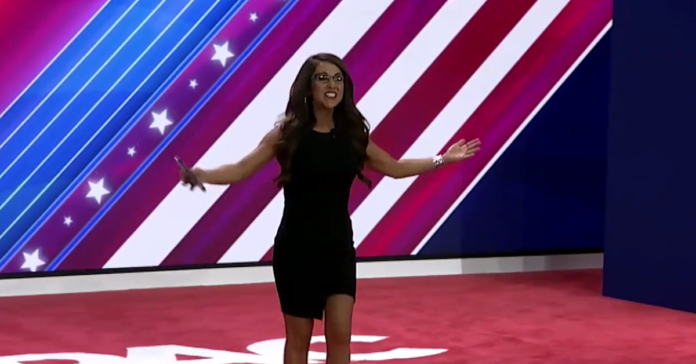 Democrat Adam Frisch has called Rep. Lauren Boebert (R-CO) to concede the race ahead of a recount. CNN Newsroom anchor Ana Cabrera reported that Frisch announced he had just called Boebert to concede the race for Colorado’s third congressional district.

“There will still be an automatic recount done by the Secretary of State because this one is extremely close, but, Lauren Boebert’s challenger has now conceded,” said Cabrera.

Boebert said: “Adam Frisch called me to concede this race. I look forward to getting past election season and focusing on conservative governance in the House majority.Time to get to work!”

Frisch said he was “tremendously thankful…there’s never been a more humbling moment in my life” to have so much support.

Adam Frisch called me to concede this race.

I look forward to getting past election season and focusing on conservative governance in the House majority.

Time to get to work!

He took a swipe at Boebert, saying the voters in the district were “tired of the circus and tired of the lack of a serious representative, of having representation that is more interested in self-promotion through the anger-tainment industry.”

He said, “The voters have spoken,” even though he was “down by a few hundred votes.”

In Colorado, any race decided by a margin that’s 0.5% or less of the votes earned by the top finisher is automatically recounted. The current margin of 551 votes is about 0.34% of Boebert’s 163,758 votes.

According to information published by the Colorado Secretary of State’s office, all but one of the counties in the Western Slope district have finished reporting votes.

Merrick Garland Will Appoint Special Counsel To Look At Donald Trump But Not Hunter Biden: Report