Mike Huckabee Warns GOP Challengers That Trump Is ‘Unbeatable in 2024, Nobody Can Touch Him, Not a Republican, Not a Democrat” 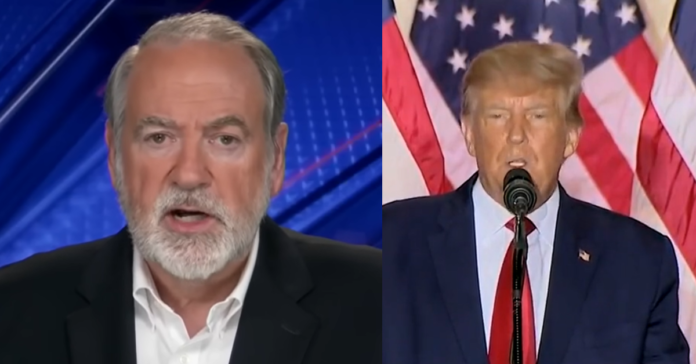 “The construct of the speech is pitch perfect. If he keeps on like this tonight, he is unbeatable in 2024, nobody can touch him, not a Republican, not a Democrat. He stayed on message, one of the key things he said,‘not my campaign this is our campaign’.

“He has made it about the American people. He has reminded them, that the reason they voted for him once, and most of us twice, was because he was fighting for us. And he made the comment this is not about critics and complainers, he’s looking forward.

“I’m telling you, this was an absolutely brilliant speech, the best I’ve heard given in a long time.

“And he stays on this message, I agree with Pete, he stays and keeps it between the ditches, and this focus, he’s unbeatable.”

But not everyone sees Trump as inevitable. Mike Pompeo, long rumored to be running in the GOP primary for president, trashed his former boss.

Former Secretary of State Mike Pompeo on Wednesday said the GOP needs a leader who doesn’t claim “victimhood” in an apparent jab at former President Trump, who repeatedly referred to himself as a “victim” during his Tuesday night speech announcing his run for president in 2024.

“We need more seriousness, less noise, and leaders who are looking forward, not staring in the rearview mirror claiming victimhood,” Pompeo wrote on Twitter.

Though Pompeo didn’t mention the former president by name, but his comments came hours after Trump’s speech.

“I’m a victim, I will tell you. I’m a victim,” Trump at his Mar-a-Lago resort in Palm Beach, Fla.

We need more seriousness, less noise, and leaders who are looking forward, not staring in the rearview mirror claiming victimhood.