Trump Puts DC Establishment On Notice: “I will push for a constitutional amendment to impose term limits on members of Congress” 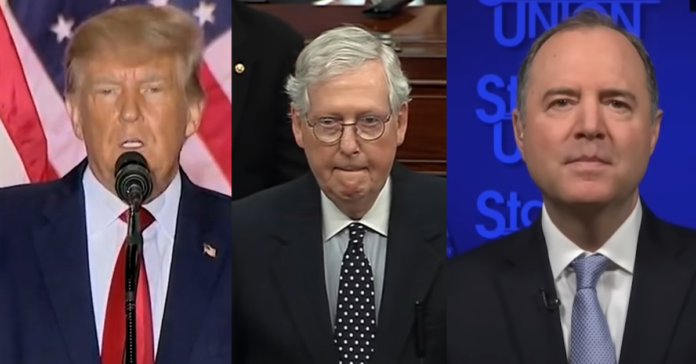 Former President Donald Trump issued a warning to the Washington DC establishment telling them he will push for a constitutional amendment to impose term limits on members of Congress.

Elise Stefanik said after Trump’s speech “I fully support him running again. Under his presidency, America was strong at home and abroad, our economy was red hot, our border was secure, our neighborhoods were safe, our law enforcement was respected, and our enemies feared us.” Jim Jordan said: “President Trump did more of what he said he’d do than any President in our lifetime. Period.”

Trump said: “Ladies and gentlemen, distinguished guests, and my fellow citizens, America’s comeback starts right now. I am running because I believe the world has not yet seen the true glory of what this nation can be.

“We have not reached that pinnacle. Believe it or not. In fact, we can go very far. We’re going to have to go far first. We have to get out of this ditch.

TRUMP: “We will dismantle the deep state and restore government by the people. To further drain the swamp, I will push for a Constitutional Amendment to oppose term limits on members of Congress.”

“The Washington establishment wants to silence us, but we will not let them do that.

TRUMP: “I am, tonight, announcing my candidacy for the Presidency of the United States.” pic.twitter.com/WKQdcq1Fhl

President Trump did more of what he said he’d do than any President in our lifetime.