Trump Brings Down House With Line About GOP Winning Majority: “Nancy Pelosi has been fired, isn’t that nice” 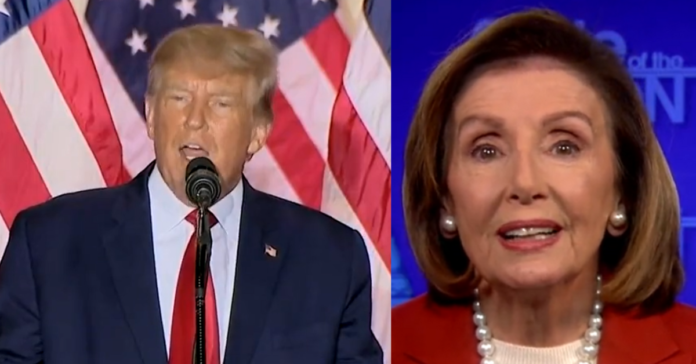 Former President Donald Trump brought down the house last night at his 2024 announcement when he commented on the GOP taking control of the House of Representatives. Trump said:

“Ladies and gentlemen, distinguished guests, and my fellow citizens, America’s comeback starts right now. I am running because I believe the world has not yet seen the true glory of what this nation can be. We have not reached that pinnacle. Believe it or not. In fact, we can go very far. We’re going to have to go far first. We have to get out of this ditch.

“I am your voice. The Washington establishment wants to silence us, but we will not let them do that.

“And I will ask for a permanent ban on taxpayer funding of campaigns, a lifetime ban on lobbying by former members of Congress.”

TRUMP: “We will plant our beautiful American flag very soon on the surface of Mars, which I got started”

Elon Musk Gives Ultimatum To All Twitter Employees: Work 'Long Hours at High Intensity' Or Get Out