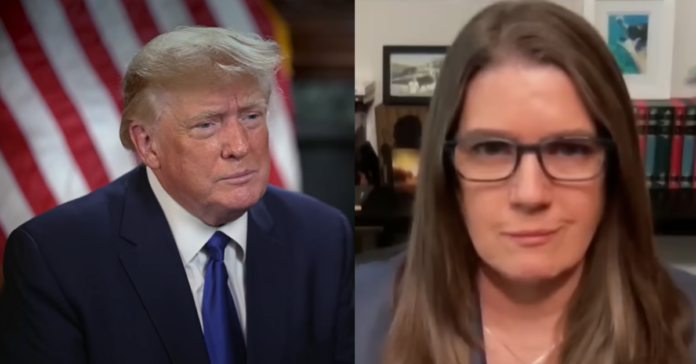 A New York judge handed former President Donald Trump a huge win against his turncoat niece Mary Trump. Mary sued Donald and other family members accusing them of swindling her out of her inheritance from Trump’s father Fred.

But New York Justice Robert Reed dismissed the lawsuit ruling that Mary could not bring the claims against her relatives because she gave up those rights in a 2001 settlement where she received around $2.7 million.

Mary sued Donald Trump, his sister Maryanne Trump Barry, a retired judge and the executor of her late uncle Robert Trump’s estate, alleging “they designed and carried out a complex scheme to siphon funds away from her interests, conceal their grift, and deceive her about the true value of what she had inherited.”

A New York judge DISMISSES @MaryLTrump‘s lawsuit against her uncle, ex-President Trump, and her aunt, the former federal judge, over her inheritance.

The lawsuit’s dismissal is the second legal victory for the former president this week, after a retaliation lawsuit by Michael Cohen was dismissed by a federal judge on Monday.

Cohen, a former personal attorney for Donald Trump, had alleged that Donald Trump, former Attorney General William Barr and others put him back in jail to prevent him from promoting his upcoming book while under home confinement.

According to Law and Crime:

Mary Trump supplied the financial records for the Times exposé and says that she learned through that process that her uncle and aunt cheated her out of what she was owed from the family patriarch: Fred Trump Sr.

That claim forms the basis of Mary Trump’s lawsuit filed by her attorney Roberta Kaplan on Sept. 24, 2020.

“Upon his death, Mary inherited valuable minority interests in the family business.

Donald, Maryanne, and Robert committed to watch over her interests as fiduciaries.

Rather than protect Mary’s interests, they designed and carried out a complex scheme to siphon funds away from her interests, conceal their grift, and deceive her about the true value of what she had inherited.

A New York judge threw out Mary Trump’s lawsuit against former President Donald Trump, saying her claims are barred by an earlier settlement she reached more than 20 years ago https://t.co/NsfW0IOaFX