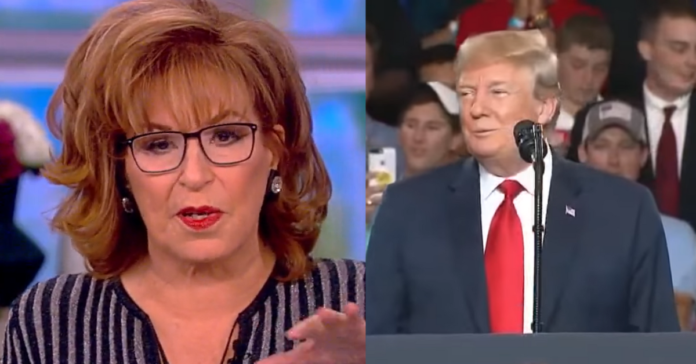 Joy said: “Now that Trump is a wounded animal this is the exact time Merrick Garland should swoop in and indict him.” Co-host Sunny Hostin said: “Well this is why he’s announcing, Joy.”

Behar said: “Well, that’s exactly why he’s announcing. And already Merrick Garland is a day late and a dollar short. He should have done it this morning before this guy announces.

“But he didn’t do it yet, which makes it now, it looks as though it’s political which is what Merrick Garland was trying to avoid.”

TRUMP TO ANNOUNCE 3RD PRESIDENTIAL RUN? As sources say former Pres. Trump is hours away from announcing he’s running for president for the third time, #TheView panel weighs in and questions how the GOP will react to the announcement. https://t.co/cVclFZyKV0 pic.twitter.com/Os94rBGfKf

“Well, he has to, he needs a little bit of time because there are at least four, five areas that he’s investigating with Donald Trump,” said Hostin.

“So how about 1 before the announcement,” Behar begged. “1.”

“He’s got to look at everything because you bring a case against Donald Trump, I think that maybe you said it,” said Hostin.

MICHAEL MOORE SAYS DEMOCRATS SHOULD EMBRACE HUMOR, CREATIVITY: The filmmaker shared some strategic tips to Democrats, like finding an unconventional way to connect with voters – #TheView panel questions if politicians would see more success with a healthy dose of humor. pic.twitter.com/30vRusPItg

Greg Abbott Reaches Limit, Invokes Invasion Clause: “I invoked the Invasion Clauses of the U.S. & Texas Constitutions to fully authorize Texas to take unprecedented measures to defend our state against an invasion”