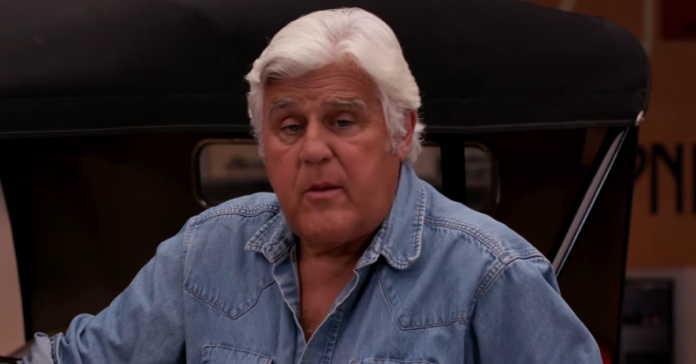 Jay Leno was hospitalized at a California burn treatment center after one of his cars caught on fire on Sunday and he suffered burns to the left side of his face.

TMZ broke the story and said Leno’s exact condition is unknown, “the flames burned the left side of Jay’s face, but thankfully did not penetrate his eye or his ear. He was taken to the burn ward at Grossman Burn Center where he remains.”

Leno owns a huge car collection. He was reportedly inside his Los Angeles garage on Sunday when one of the vehicles erupted into flames. The 72-year-old is still in the burn ward at the Grossman Center as of Monday.

Jay was supposed to appear at The Financial Brand conference but organizers said there was a “very serious medical emergency” when they announced he would not be there.

The Financial Brand sent an email to Forum 2022 attendees that said:

“His family was not able to provide us very many details, but there was a very serious medical emergency that is preventing Jay from traveling.

“All we know is that he is alive, so our prayers go out to him and his family tonight.”

The star has more than 180 vehicles including exotic cars, hypercars and museum-grade artifacts, according to US News & World Report.

His collection includes vehicles which are both affordable and attainable, with the host of Jay Leno’s Garage having an affinity for motor vehicles.

It is unclear which of the vehicles may have malfunctioned and caused the blaze in his property.