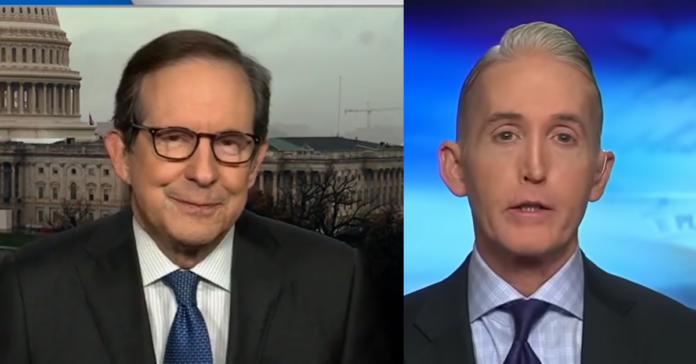 Sears said of Fox News: “I could not support him. I just couldn’t because we have seen, for example, in those states where he has endorsed the candidates. In fact, Republicans on the same ticket who he did not endorse overperformed, whereas his candidates totally underperformed by as much as ten points. We have a clear mission, and it is time to move on.”

Chris Wallace said on CNN: “One of the things that strikes me about that comment in from Lieutenant Governor Sears is Donald Trump helped incite the insurrection on January 6.

“He’s been talking, spreading election lies for the last two years, but why is she and other Republicans breaking with him?

“Because Republican candidates underperformed by ten points this week.

“You know, in the end, that’s what it’s all about it seems about for the Republican Party.

“It’s not a matter of principle.

“It’s not a matter of the truth.

“It’s a matter of who’s a winner and who’s a loser.

“And right now, for instance, Ron DeSantis, who won a landslide, a 20-point victory in Florida, looks very much like a winner.

“And Donald Trump, who backed a number of candidates who, as Lieutenant Governor Sears said, underperformed, looks kind of like a loser.

“I think some Republicans are getting tired of losing.”

The Democrats spent four years portraying Trump, falsely as a Russian agent because they thought it would help them win, not because it was true.

It is all about winning in politics and in television, and in the cable ratings, Trey Gowdy is crushing Wallace.

Chris Wallace TORCHES Republicans For Standing By Trump After He Incited Jan. 6 But Fleeing Because Now He ‘Looks Like a Loser’ https://t.co/kWoqgNXCIN via @mediaite pic.twitter.com/HYahuIaFFl

Dem Reps Float Plan To Get Ultimate Revenge On Trump, If House Margin Is Slim Will Try To Make Liz Cheney Speaker