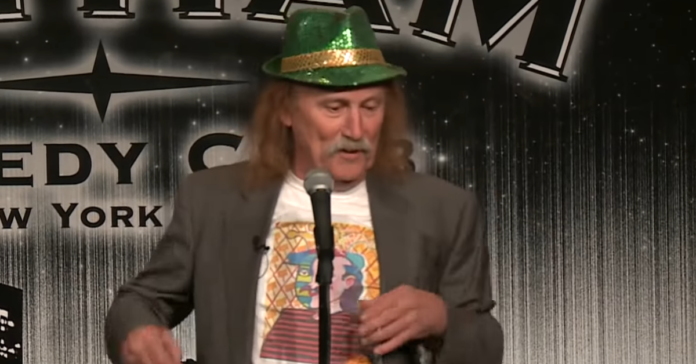 Comic legend Gallagher, known for smashing watermelons as part of his legendary act, has died. He was 76. According to his management team, Gallagher died while under hospice care in the Palm Springs area early Friday morning.

His manager said Gallagher died of massive organ failure. He had been in bad health for a while.

The manager said: “Gallagher stayed on the road touring America for decades. He was pretty sure he held a record for the most stand-up dates, by attrition alone, while Gallagher had his detractors, he was an undeniable talent and an American success story.”

The comedian had 17 specials over his career. His first special was “An Uncensored Evening,” in 1980. He appeared in episodes of “Hollywood Squares,” “WTF with Marc Maron,” “Tosh.0” and “Celebrity Big Brother.”

Gallagher, the inventive prop comedian known for smashing watermelons as part of his act, has died. His signature bit involved a handmade sledgehammer he called the “Sledge-O-Matic,” which he would use to smash food onstage and spray it onto the audience. https://t.co/tMERvSpcAX pic.twitter.com/4feb3hacZs

Gallagher is survived by his daughter, Aimee, and his son, Barnaby.

Born Leo Anthony Gallagher Jr., the mononymous comedian became a household name in 1980 with “An Uncensored Evening,” the first standup comedy special to ever air on Showtime.

Gallagher would go on to create 12 more hourlong specials for the network, as well as several popular programs for HBO.

Gallagher’s signature bit involved a handmade sledgehammer he called the “Sledge-O-Matic,” which he would use to smash food onstage and spray it onto the audience.

His hammer’s trademark victim was the watermelon. Gallagher also became famous for his witty wordplay and sharp observational comedy.

While his contemporaries went on to host talk shows or star in sitcoms or movies, Gallagher remained on the road in America for nearly four decades, touring steadily up until the COVID-19 pandemic and playing over 3,500 live shows throughout his career.

Comedian Gallagher, known for smashing watermelons as part of his act, has died. https://t.co/txD9BVS09d