Lauren Boebert Breaks Silence, Puts Dems On Notice: “I will be there to help fire Nancy Pelosi as Speaker of the House” 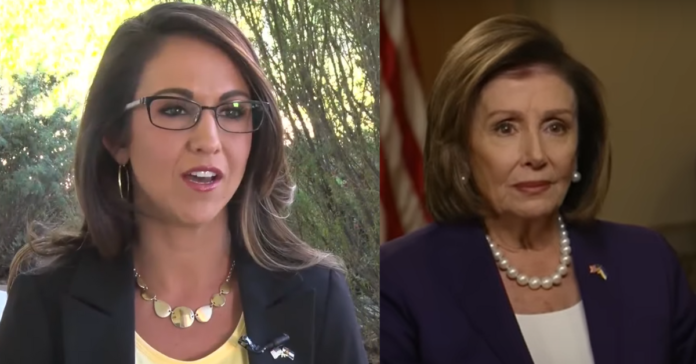 Colorado Republican Rep. Lauren Boebert broke her silence after taking a commanding lead in her shockingly close race for re-election. She said:

“There’s no doubt I was a target for the Democrats, but I am confident once all of the ballots are counted I will win and I will be there to help fire Nancy Pelosi as Speaker of the House.

“I don’t know if there wasn’t enough enthusiasm for our top ticket candidates for governor and Senate or what happened there. But there was a lot of shifting of the votes there.

“Of course, I expect to win.

“I think Polis and Bennet definitely carried the ticket for the Democrat Party.”

A mandatory recount is triggered in Colorado if the margin of the vote is .5% or less.

“We need to be able to process the rest of the ballots, and then after that, we will do a bipartisan risk-limiting audit which confirms the results followed by a bipartisan canvas and then, only then, do I certify the election and it’s determined whether we go into recount.

“We are a couple weeks out from that determination.”

“Every vote matters in this incredibly close race and thousands of votes in Pueblo County and from military & overseas voters remain, and a considerable number of curable ballots remain as well.

“Help us gather the resources to see this through!”

“The boundaries of the 3rd Congressional District shifted after Colorado added a new district because the 2020 Census showed population growth, with the state’s independent redistricting commission creating a map that added an eighth seat in the northern suburbs of Denver.

“Encompassing the western and southern portions of the state that includes Grand Junction, the majority of residents living in Boebert’s district are White and many residents have traditionally registered as Republican.

“As of September 1, nearly 31% of registered voters were Republican, nearly 24% were Democrat and 44% were unaffiliated with a political party, according to the state’s independent redistricting commissions.

Josh Hawley And Ted Cruz Revolt Against Mitch McConnell, Call For Leadership Vote To Be Postponed