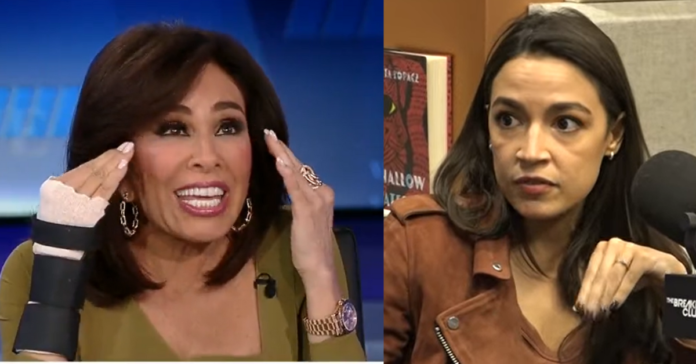 AOC said: “A lot of people think that crime is up, when we actually see that shootings are down, when we see that huge indicators on the most violent crime in New York City is down.

“She is so stupid, it is stunning. More cops cause more violence on the trains, on the subways?

Everything they’re doing is destroying the rights of crime victims in this country and promoting criminals. #TheFive pic.twitter.com/rlN81aH8WK

“Did it ever occur to her there might even be more crime but for the fact that there were more police there?

“They don’t know what they’re talking about and Americans are suffering for that,” Pirro said of AOC and the Dems.

“That is either the product of a dishonest mind or a mentally disabled one.

“Do you think that the chalk outlines are drawn before the body’s placed in there, you frickin’ moron.”

According to The Daily Mail, crime is up in NYC:

Violent crimes in the city are up 29.1 percent from the same time last year, with robberies up a soaring 31.5 percent.

Felonly assaults are also up nearly 14 percent, with police recording 22,319 cases so far this year, and rapes have increased by nearly 11 percent.

Murders and the number of shooting victims were down 14.4 and 13.6 percent respectively.

The city’s transit system appears to be bearing the brunt in surging crime, with about 1,865 reports so far in 2022, a 41.7 percent spike from last year.