Federal Judge Rebukes Joe Biden, “In This Country We Are Not Ruled By An All-Powerful Executive With A Pen And A Phone,” Rules Student Loan Forgiveness Plan Illegal 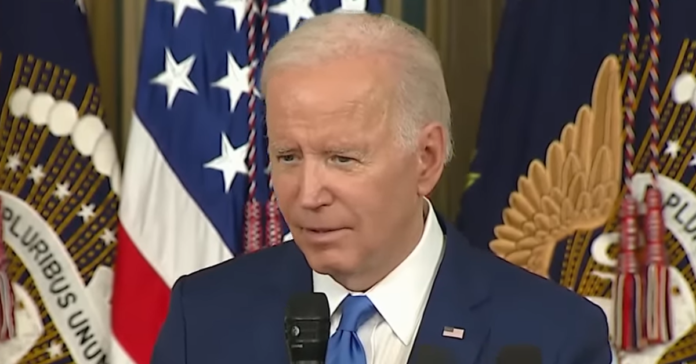 A federal judge in Texas has struck down President Joe Biden’s student loan forgiveness program ruling it is unconstitutional. The lawsuit was filed by a conservative group, the Job Creators Network Foundation, on behalf of two borrowers who did not qualify for the program.

U.S. District Judge Mark Pittman found the law Biden tried to hide behind, the 2003 law known as the HEROES Act, does not give the executive branch congressional authorization to create the student loan forgiveness program.

“The program is thus an unconstitutional exercise of Congress’s legislative power and must be vacated,” Pittman said.

“In this country, we are not ruled by an all-powerful executive with a pen and a phone.

Good to know we have federal judges with the brains and backbones to check government overreach.https://t.co/tpoyQPyoP5 pic.twitter.com/062FSUwUX9

“Instead, we are ruled by a Constitution that provides for three distinct and independent branches of government.

“As President James Madison warned, ‘the accumulation of all powers, legislative, executive, and judiciary, in the same hands, whether of one, a few, or many, and whether hereditary, self-appointed, or elective, may justly be pronounced the very definition of tyranny.’”

“We strongly disagree with the District Court’s ruling on our student debt relief program.

The Justice Department will appeal the decision.

In the case ruled on Thursday, one plaintiff did not qualify for the student loan forgiveness program because her loans are not held by the federal government and the other plaintiff is only eligible for $10,000 in debt relief because he did not receive a Pell grant.

They argued that they could not voice their disagreement with the program’s rules because the administration did not put it through a formal notice-and-comment rule making process under the Administrative Procedure Act.

“This ruling protects the rule of law which requires all Americans to have their voices heard by their federal government,” said Elaine Parker, president of Job Creators Network Foundation, in a statement Thursday.

Didn’t we say this would happen right after the elections? Why yes, yes we did.

Lauren Boebert Surges Into Big Lead In Tight Race, Now Leads By Over 1,000 Votes With 99% Counted