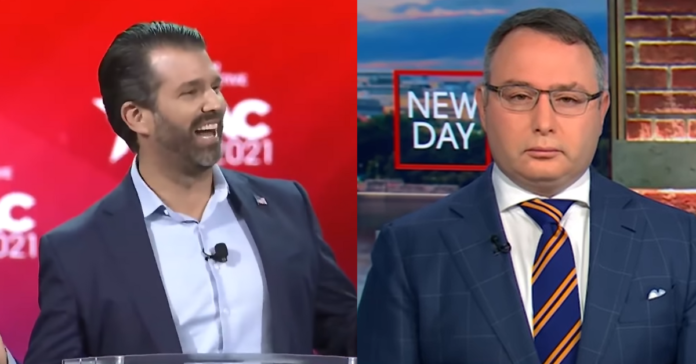 Judge James Boasberg, an Obama appointee to the U.S. District Court in Washington, D.C. dismissed a lawsuit brought by Vindman against Trump Jr, Rudy Giuliani and others accusing them of witness intimidation and retaliation.

Boasberg wrote: “Plaintiff’s pled facts, taken as true, certainly suggest that Defendants leveled harsh, meanspirited, and at times misleading attacks against him. But political hackery alone does not violate the law at issue.

“While it is a fairly close question.

BOOM! In other news, our firm’s clients @DonaldJTrumpJr & @DanScavino just got Alex Vindman’s bogus lawsuit dismissed. Court said their criticisms were harsh, but not a civil rights conspiracy. Congrats to our clients and thanks to my awesome Dhillon Law colleagues on the win! pic.twitter.com/T7iXy35mr0

“Vindman’s facts do not plausibly suggest that Defendants agreed to intimidate him so as to prevent him from testifying or doing his job, or to unlawfully retaliate against him.”

“The Court does not decide the validity of those attacks, regardless of whether some were outside the bounds of appropriate political discourse.

“As a limited-purpose public figure Vindman was a man in the arena.

“Defendants may have played ugly, but Vindman does not plead facts suggesting that they acted with actual malice,” the court said.

“We’re gratified that the court accepted our arguments that even taken as pled, the allegations made by Alex Vindmann, do not violate his civil rights.

Kristy Parker, an attorney for Protect Democracy which worked with Vindman on the case said:

“While we are disappointed by the court’s decision and are considering next steps, we have no doubt that it was right for Lt. Col. Vindman to seek accountability in court for the coordinated campaign of intimidation and retaliation waged against him because he honored his oath as a public servant.”