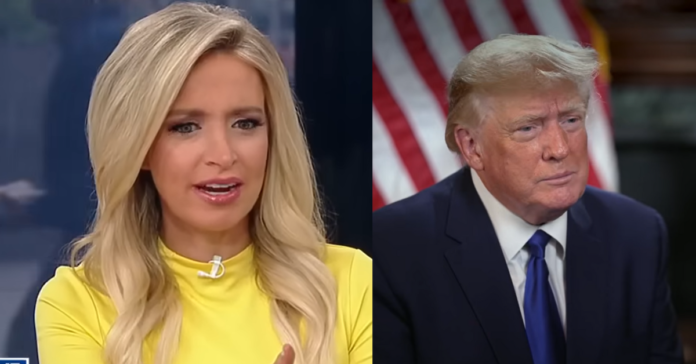 The Democrats may have beaten expectations last night but the size of the Republican majority in the House or Senate does not matter so long as they have one. The GOP is closing fast on securing the House for the next two years and the check on Joe Biden that it affords.

The Senate is tight and it looks like it will come down to a runoff in Georgia. The GOP candidate leads in Nevada but there remain a lot of uncounted ballots left. In Arizona, the Dem leads but there appears to be a good amount of ballots favoring the GOP to be counted. Unless the GOP wins both it comes down to Georgia.

Former President Donald Trump is expected to announce his reelection bid on November 14 but Kayleigh McEnany wants him to postpone until after the Georgia runoff because:

“Every ounce of Republican energy, every last ounce, needs to go into that Georgia race because it could potentially be what makes or breaks the Senate.

Trump press secretary turned Fox host Kayleigh McEnany says Trump should put his campaign declaration on pause until after a Georgia Senate runoff, pointedly does not recommend he go campaign for Walker but says DeSantis should. pic.twitter.com/bklkjUxqa1

“Getting Herschel Walker over the finish line.

“Every Republican energy needs to go to grinding the Biden agenda to a halt.”

“Does that include Trump?” Outnumbered co-host Harris Faulkner asked.

“I think he needs to put it on pause, absolutely.

“He will make his own decision.”

“I think Governor Desantis should be welcomed given what happened last night.

“You have to look at the realities on the ground.

“We have to win the Senate.

“Got to win the Senate,” she said.

Alan Dershowitz Clears Name As Accuser Comes Clean: “I now recognize I may have made a mistake in identifying Mr. Dershowitz”