Hollywood Legend Reaches Limit With Woke Studios: “They’re destroying comedy because of 9% of the people who don’t have a sense of humor” 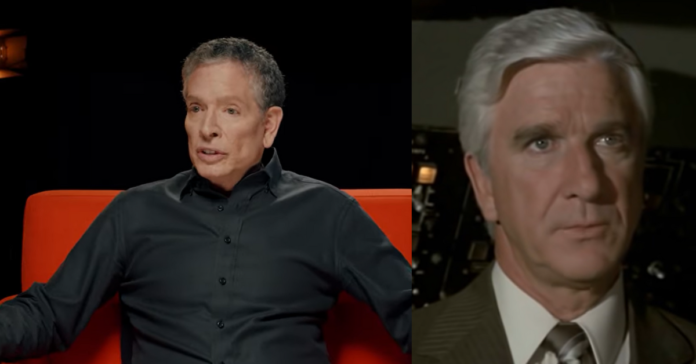 David Zucker is a Hollywood legend who directed films like Airplane!, The Naked Gun, and two of the Scary Movie sequels.  Zucker reached his limit with what is going on in Hollywood and called out woke studio executives he says are killing comedy.

Zucker said: “We could be as offensive as we liked, we went where the laughs were. We never worried about any of this stuff with the ‘Naked Guns’ or even the ‘Scary Movies.’

“They’re destroying comedy because of nine percent of the people who don’t have a sense of humor.

“Comedy is in trouble, of course, but I think it’s going to come back. There’s a pendulum, and the pendulum will swing back. I’d like to see comedy filmmakers do comedies without fear.

Zucker said his most famous film, Airplane!, could still be made in today’s woke environment but on one condition.

“Just without the jokes,” he said.

He told a story about pitching a James Bond and Mission: Impossible satire to a studio and was shocked at what studio executives got offended with.

“It was pure oatmeal, so mild,” he said of one joke.

“I thought, ‘if this was the criteria for it, we’re in big trouble.’”

“President Bill Clinton said, ‘what have we done to deserve this?’ but the Republicans were saying, ‘this is evil,’

“Why am I still voting for Democrats if they don’t really share my values?”

Airplane! Director Accuses Hollywood of ‘Destroying Comedy’ to Please Minority ‘With No Sense of Humor’https://t.co/K7AofeC4Np

Donald Trump Fires Back At Jim Acosta: “It is just the opposite, the people I endorsed did very well”