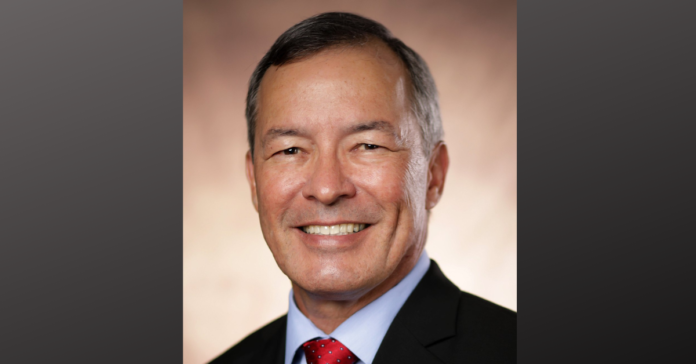 We have the 1st GOP Congressional pickup of the midterm election. James Moylan (R) has defeated Judi Won Pat (D) to win the race to be Guam’s non-voting delegate to Congress.

This marks the first time since 1993 that a Republican will represent the Pacific island U.S. territory. He’s only the second Republican elected to the seat in history.

According to The Pacific Daily News: “Republican Sen. James Moylan defeated Democrat former Speaker Judi Won Pat in the delegate race after ballots from all 67 precincts were tabulated at about 4 a.m. Wednesday. Moylan led by 1,648 votes.

Based on partial, unofficial results from the Guam Election Commission:

#Breaking #Election2022 Update: #Guam has elected Republican James Moylan as its next delegate to the United States Congress. pic.twitter.com/28CD9rWooz

He will be the second Republican to be elected to the seat since Congress created it in 1972.”

It looks like Sarah Huckabee Sanders could be right when she said the Democrats have not given the people in this country a reason to vote for them.

Sarah said on Fox News: “Joe Biden and his team and the House Democrats and the Senate Democrats have literally destroyed every single thing they have touched.

“Democrats have not given people in this country a reason to vote for them.

“The fact that we are talking about a Republican winning in New York.

“Talking about a Republican winning in places like Oregon.

“That is because the Democrats have failed at every level from the White House down to state Houses and cities.

“And Republicans are talking about the things that really impact every person around the country,” she said.

Congratulations to Guam Republican James Moylan for becoming the next delegate to the United States Congress.

Guam hasn’t sent a Republican to Congress since 1993. https://t.co/pWNgExZJzD

Non-voting delegate to Congress. Guam has sent Democrats since 1993. https://t.co/DOZb14Vnjh