Elon Musk Urges Followers To Vote Republican In Midterms: “Shared power curbs the worst excesses of both parties, therefore I recommend voting for a Republican Congress, given that the Presidency is Democratic” 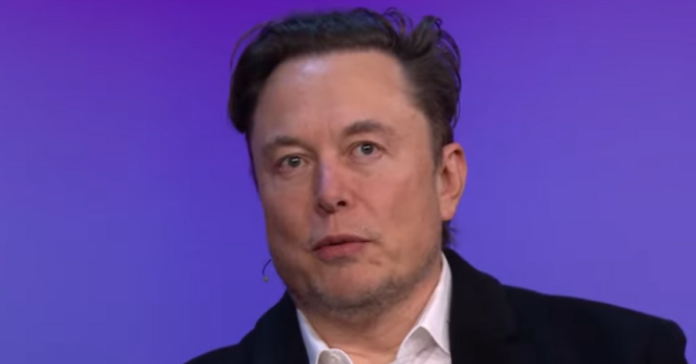 Twitter CEO Elon Musk urged his millions of followers on Twitter to vote Republican in tomorrow’s critical midterms. The left is not happy but they can’t do a darn thing about it. Musk said:

“To independent-minded voters: Shared power curbs the worst excesses of both parties, therefore I recommend voting for a Republican Congress, given that the Presidency is Democratic.”

Most polls have the GOP ahead going into tomorrow’s vote although some have claimed the races are tightening across the country. Ted Cruz said: “I am incredibly optimistic. I think this is going to be, not just a red wave, but a red tsunami.

“Illegal immigration is at historic highs, and we have chaos at our southern border.

Shared power curbs the worst excesses of both parties, therefore I recommend voting for a Republican Congress, given that the Presidency is Democratic.

“America’s standing in the world has been profoundly weakened as every enemy of America has grown stronger and stronger under this administration’s weakness and appeasement.”

“I think Americans across the country desperately want to change the path we’re on.”

“Is your life better now than it was before Joe Biden became president?

“And if you happen to be a Big Tech billionaire, or a human trafficker, or a fentanyl dealer, then the answer is clearly yes, and you probably ought to vote for the Democrat.

“But if you’re not, if you’re a truck driver or a steelworker or a cop or a firefighter or a teacher or a waiter or a waitress or a mom or a senior on retirement or a young person coming out of school, your life has gotten much, much tougher under radical left-wing policies.

“And this election is absolutely critical to pulling us back from the brink, where our nation finds herself.

“There will be plenty of time for people to focus on 2024 in the months to come.

“My focus right now is laser focused on the elections on Tuesday—the 2022 elections,” Cruz said.

“We’ve got to retake both the House and the Senate and I think it is critical that we have a majority and that we use that majority, and my focus is also on electing strong conservatives.”

Democrats have closed in on the GOP in enthusiasm ahead of Tuesday’s elections, with one poll showing the party has closed a nine point gap in enthusiasm in just the last month.

“In January, if you told me that the national political dynamics would not improve but Democrats had a fighting chance to avert a typical first midterm shellacking, I’d take it,” Democratic pollster Jeff Horwitt, one of the pollsters behind the final NBC News Poll before the midterm elections, said of his party’s chances after revealing the results of the poll.

Horwitt’s comments come after the NBC poll released Sunday found Democrats making a charge to close the enthusiasm gap with Republicans over the last month.

Sunday’s poll shows the enthusiasm gap is now tied, with 73% of Democrats and 73% of Republicans indicating a high interest in the election. Those results stand in stark contrast to last month’s poll, which showed Republicans with a 78%-69% lead.

My commitment to free speech extends even to not banning the account following my plane, even though that is a direct personal safety risk

Kathy Griffin Melts Down After Elon Musk Mocks Her Comedy Skills, Sneaks Back On Twitter Using Dead Mom’s Account To Call Him An A**hole