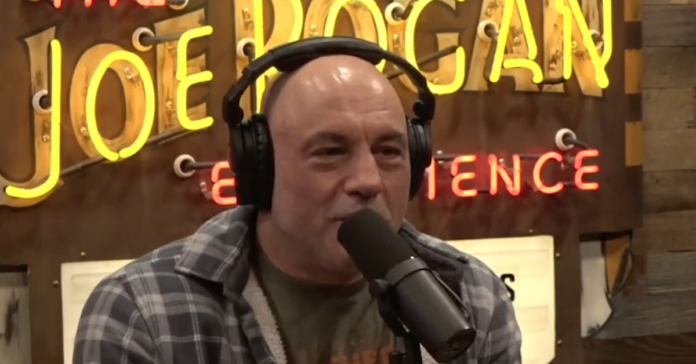 Comedian and Podcast host Joe Rogan warned the Democrats and defended his prediction of a red wave crashing across the country during the midterms.

Speaking to musician Suzanne Santo on “The Joe Rogan Experience,” Rogan fired back at the people on the left who trashed him for his prediction telling them it is  inevitable because voters are “sick” of “woke ideology getting crammed down everybody’s f*cking throats.”

You have to have this whole word soup of your stance in the world and you got to be on this side or that side.

JOE ROGAN: Well, it’s because we’re so close to the midterms.

SANTO: I know, it’s so annoying.

ROGAN: It is a week away.

People are mad at me because I said it’s gonna be a red wave, like the elevator doors open up in The Shining.

Like, I’m not saying I want that, I’m just saying this is what I see.

Like, you got to recognize what’s happening, folks, people are getting sick with this woke ideology getting crammed down everybody’s f*cking throats.

ROGAN: And if you don’t think that’s the case, you’re probably on that, you’re on that bandwagon.

If you don’t think there’s something really wild going on.

Speaking with comedian Bridget Phetasy on a recent episode of his show, Rogan said: “The red wave that’s coming is going to be like the elevator doors in The Shining. That’s what I think. I think people are just like ‘what the f**k are you saying?’ They’re making Republicans.”

“I don’t know how they’re doing it,” Phetasy said. “I had a family member who is a boomer and a die hard liberal, and they told me when I was home this summer that they would vote for DeSantis.”

“And I’m like, how did you lose this person?

“How did you lose this person?

“This is a like go to the ballot and vote blue no matter what and you’ve lost even the boomers,” she said.

Kid Rock Fires Back At Oprah Winfrey, Calls Her ‘A Fraud’ For Snubbing Dr. Mehmet Oz And Endorsing John Fetterman