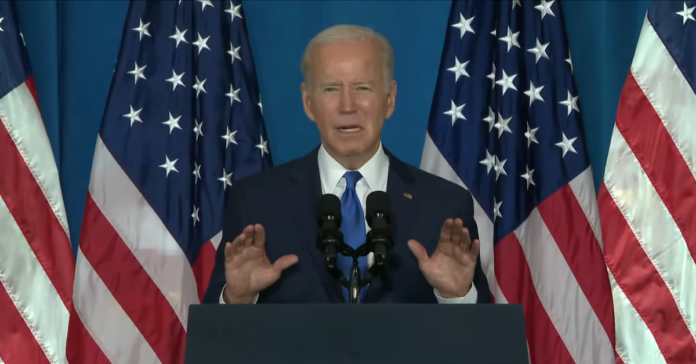 Watchdog group Protect the Public’s Trust has asked the National Archives and Records Administration for documents related to the White House’s deletion of a Tweet about Social Security claiming the deletion may have violated the Presidential Records Act.

“Enforcement of public records laws, such as FOIA, is virtually impossible if records retention policies are not enforced, including those covering social media,” Michael Chamberlain, Director of Protect the Public’s Trust said.

“If the American public is going to trust its government, these policies must be enforced equally, regardless of who is in power, and skirting the requirements to avoid embarrassment or political backlash must not be seen as legitimate justifications.”

“The Biden Administration’s decision to delete a tweet on the official @WhiteHouse account that Twitter added context to may have run afoul of this law, little known outside the government until recent events involving a former president.

“On the afternoon of November 1, 2022, the White House official twitter account posted, “Seniors are getting the biggest increase in their Social Security checks in 10 years through President Biden’s leadership.”

“Shortly thereafter, in response to reader feedback, Twitter added additional context to the tweet by clarifying that the record increase was an automatic adjustment, per a 1972 law, tied to the inflation rate, which in June reached a 40-year high and which many blame on administration policies.

“Amendments to the PRA, which passed in 1978 and applies to records of Presidents and Vice Presidents beginning with the Reagan Administration, “allow the incumbent President to dispose of records that no longer have administrative, historical, informational, or evidentiary value, once the views of the Archivist of the United States on the proposed disposal have been obtained in writing.”

“While personal records are exempt from the preservation requirements, the Nov. 1 tweet on the official White House account is almost certainly a record that belongs to the public and subject to the Act’s destruction protocol.

“Subsequent explanations for the deletion by White House officials, including claiming that it was “not complete” or was missing the proper “context,” leave serious questions whether it was deleted to save the Administration embarrassment or avoid criticism and whether the proper protocols were followed.

A copy of the Archivist’s official letter authorizing the destruction of an official public record subject to the Presidential Records Act;

Any records that detail the timeline of the proposed record destruction consistent with a formal dated opinion from the Archivist;

If no formal dated opinion from the Archivist exists, any record detailing the intention of the White House to destroy a Presidential record or legal opinion justifying why the record was not subject to the retention process;

Any records detailing NARA’s intention or effort taken to ensure the deleted tweet is retrieved and preserved for President Biden’s permanent archive.

If the Archivist did not authorize the destruction of this record, which official did authorize its destruction?

If no such authorization for disposal or removal was provided prior to the deletion of the post, we request all records of the investigation called for under the Act and any DOJ consultation that has been initiated,” the statement said.

Watchdog Calls for Investigation into Possible Violation of Presidential Records Act; Deletion of White House tweet ignoring the impact of inflation may have run afoul of legal requirementshttps://t.co/WJ9wKtMM3u