“No employer is above the law, not even Jeff Bezos”: Jeff Bezos Sued By Former Housekeeper 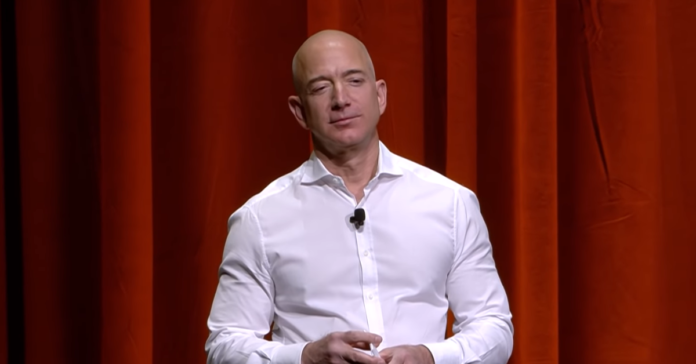 A former housekeeper for Jeff Bezos has filed a lawsuit against the Amazon founder and his various companies. Mercedes Wedaa filed the lawsuit against Bezos and two limited liability companies in Washington state’s King County Superior Court on Tuesday.

“Plaintiff considered herself an employee of Jeff Bezos, as did the other housekeepers,” the suit says. “Sometimes when the Bezos family was home, Plaintiff interacted with them as her employer. Plaintiff followed orders and directives from Jeff Bezos and his girlfriend Lauren Sanchez.”

Harry Korrell, the attorney representing Bezos, said “We’ve investigated these claims, they have no merit, and we’ll defend against them.”

“My client is extremely credible.

“She’s a hard-working American, a person who’s been in this industry for some years now, housekeeping for wealthy, high-profile families.

“She’s never had any issues with anyone.”

“No employer is above the law, not even Jeff Bezos and the organizations he uses to locate and hire people to work for him at his home and at his other properties.

“Federal and state labor and employment laws dictate that employees must be paid for the work they perform and that they must be able to perform their work in a discrimination free, safe, sanitary, and healthy workplace. These laws must be adhered to by all employers.”

In her role as lead housekeeper, the Northwestern insider said, Wedaa “oversaw the staff’s work and was responsible for the staff taking their rest breaks.

She governed her own overtime and rest breaks as well. Most of the time she was on her own in the house and largely unsupervised.”

Wedaa was paid a six-figure annual salary and did not report any of the claims until she was terminated for performance issues, the person said.

She initially sought more than $9 million, according to this person, “and when that was rejected, she filed these claims.”

The suit alleges that staffers demeaned and disrespected Wedaa and other Hispanic employees in ways that they did not treat a white housekeeper; and claims that Wedaa was wrongfully terminated after raising complaints about alleged discrimination, undue retaliation, and working conditions.

Jeff Bezos is “looking into buying” the Washington Commanders and may partner with Jay-Z on the purchase, according to @charlottetriggs and @natashadye of People pic.twitter.com/fj6QMZGOjb