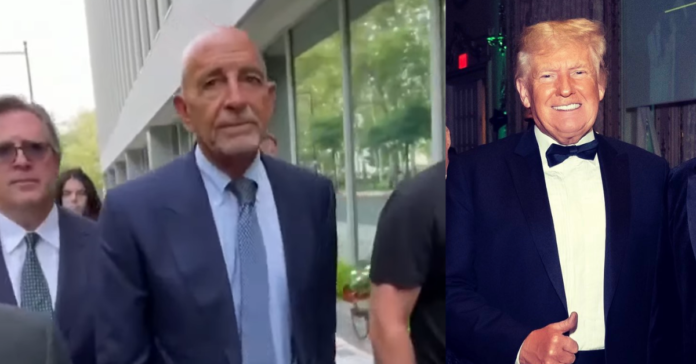 Tom Barrack, a longtime ally of former President Donald Trump and his one-time inaugural committee chairman, was found not guilty on Friday of illegal foreign lobbying charges. This a huge defeat for the liberal rumor mill who were convinced Barrack was at the center of some nefarious plot with Trump.

“I thought that was actually a great thing,” Barrack said of his efforts to help Trump. “The idea of having somebody that had knowledge in both confused arenas that could create some web of understanding and tolerance is what I know we all needed.”

Barrack told the jury rather than profiting off working with Trump while the former president was in office, his business suffered.

After winning his acquittal he said:

“I’m so thankful for this system.”

Jury had deliberated since Wednesday

The jury deliberated for about three days before returning the not-guilty verdict. One of Barrack’s assistants, Matthew Grimes, was also cleared by the jury.

In closing statements Tuesday, Barrack attorney Randall Jackson said his client was a booster of Trump’s 2016 campaign because he’s a loyal friend of the former president — not because of a devious plan to carry water for the UAE.

Barrack, his former employee Matthew Grimes and an Emirati businessman named Rashid Al Malik were indicted last year and accused of acting as a secret backchannel for the United Arab Emirates.

Prosecutors allege that Al Malik was secretly operating in the US as a UAE government agent. Al Malik fled the US shortly after he was interviewed by the FBI in 2018 and remains at large.

Barrack also faced one count of obstruction of justice and six counts of making false statements. He was acquitted of all seven of those counts.

Even a Brooklyn jury saw through DOJ’s true motive.