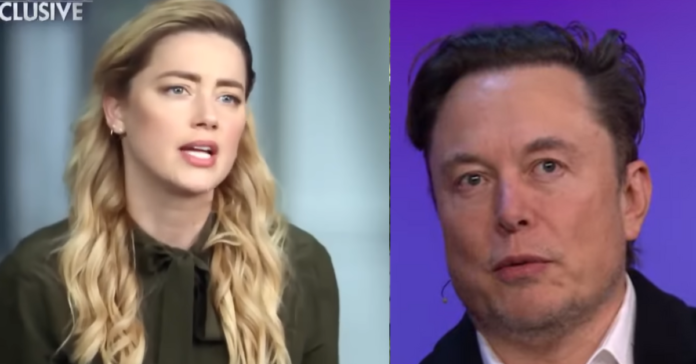 Hollywood star Amber Heard joined many other celebrities who have left Twitter or threatened to leave Twitter. In Heard’s case, it seems she followed through (unlike most other celebrities) and deleted her Twitter account since Elon Musk’s takeover.

Which is a bit ungrateful considering that during her trial it came out that her ex-boyfriend, Elon Musk, helped her pay some money she owed to the ACLU. Heard got the money from her divorce settlement with Johnny Depp but made a public promise to give the money to charity.

According to Forbes: “An executive for the American Civil Liberties Union testified Thursday in Amber Heard and Johnny Depp’s defamation trial that he believes Tesla CEO Elon Musk, who dated Heard, paid a portion of the $3.5 million the actress promised the organization—only $1.3 million of which was paid.

Dougherty believes the $500,000 payment came from a fund linked to Musk, who Heard dated briefly after her marriage to Depp ended.

“Musk emailed an ACLU executive in 2016 on Heard’s behalf and said she would donate the money over a 10-year-period, though she never signed a pledge prepared for her by the organization, Dougherty said, according to Insider and Deadline.”

Johnny Depp appealed the part of his winning verdict where he had to pay Heard. Depp won over $10 million from Heard but was ordered to pay around $2 million to her.

Johnny Depp has appealed part of the verdict in his legal battle with ex-wife Amber Heard, arguing the single count of defamation that she won at their bombshell trial was an “erroneous” ruling — and that the jury had “overwhelmingly” favored him.

The 59-year-old “Pirates of the Caribbean” star made the argument in court documents filed Thursday in Virginia’s Court of Appeals as he seeks to overturn the $2 million jury verdict handed to his ex-wife in June.

Depp was awarded a $10.35 million verdict over claims he was defamed by an op-ed article in which Heard, 36, made claims of domestic abuse.

But jurors ruled in Heard’s favor on one count over her claims that Depp defamed her when his lawyer, Adam Waldman, claimed in an interview that her allegations were a hoax.

Twitter layoffs begin in 12 hours. They have so many employees folks just have to sit in front of their computers and wait. Building has been locked down. Badges have been disabled. pic.twitter.com/JQvIpIb2a8

Scoop: Twitter was just sued in a proposed class action for conducting a mass layoff without the required 60 day notice https://t.co/lMoxDMo7W1