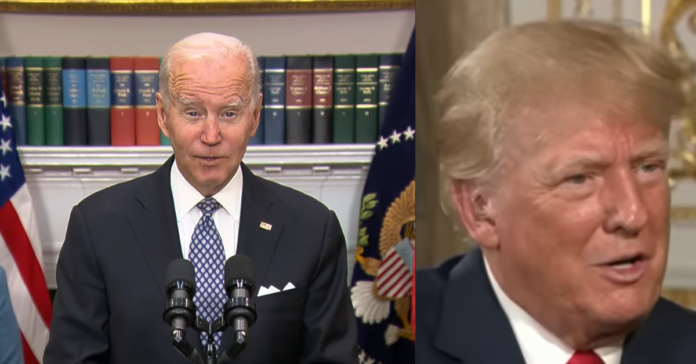 A shocking new poll shows how far the Democrats have fallen heading into the midterms. A new Wall Street Journal poll shows white suburban women, who make up 20% of the electorate, have revolted from the Dem Party and now favor the GOP by 15 percentage points, a 26-point swing from August.

“It’s absolutely true that these women have shifted their gaze more on the economy than abortion,” Democrat pollster Molly Murphy said.

Additionally, 74 percent of white suburban women said the nation is headed in the wrong direction, but only sixty-five percent said so in August.

“The focus on the economic stuff, particularly inflation, is helpful to the GOP headed into the final stretch,” pollster Tony Fabrizio, said.

Along with voters’ dour economic outlook, the poll shows that 55% of them disapprove of the job President Biden is doing and 54% believe his policies have had a negative effect on the economy.

​Only 27% think Biden’s policies have been positive, while 43% approve of his job performance.

Jennifer Hackworth, a stay-at-home mom of three from outside Pittsburgh, said her kids’ clothes cost more, as do grocery items like milk and other staples.

“The Dems have kind of proved that they haven’t been able to make a change with [inflation]. It’s just gotten worse in the last couple of years,” ​she told the Journal.

H​ackworth, 39, said she usually leans Republican but is undecided on how to vote in the Senate race between Democrat John Fetterman and Republican Dr. Mehmet Oz.

​She said her abortion views align with Fetterman, but she said she’s inclined to vote for Oz.

WSJ: The GOP has seen a shift in its favor among several voter groups, including Latino voters and women, and particularly white suburban women. That group shifted 26 points away from Democrats since the Journal’s August poll and now favors the GOP by 15%.