Gavin Newsom Warns Democrats A Week Before Midterms: “We’re getting crushed on narrative” 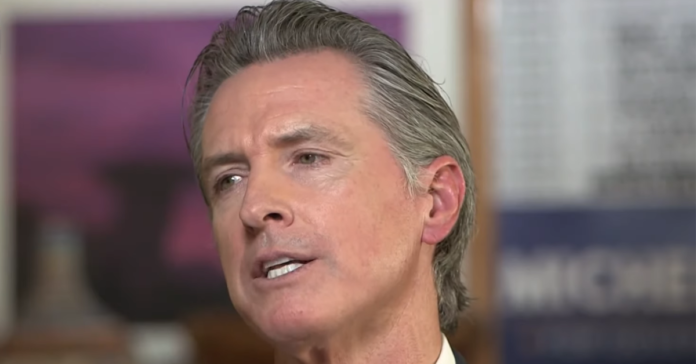 California Gov. Gavin Newsom (D) came clean and said it feels like a red wave year because the Democrats are getting “destroyed” on messaging and “crushed on narrative” with the midterms less than a week away.

“We’re getting crushed on narrative. We’re going to have to do better in terms of getting on the offense and stop being on the damn defense,” Newsom told CBS News chief Washington correspondent Major Garrett. Newsom also said it feels like a red wave year.

On running for president Newsom said:

California Gov. Gavin Newsom is campaigning for embattled Democrats in an effort to bail out a party he says is being “destroyed on messaging.” He spoke exclusively with @MajorCBS addressing questions about whether his political ambitions extend beyond the Golden State. pic.twitter.com/CzVdOhz7kX

“Because it’s not my ambition, and it’s not the direction that I’m leaning into,” Newsom replied. “It’s not the moment.”

“So one way to answer that question is ‘I will never run for President [of the] United States,’” he was asked. “Can you say that?”

“Yeah, I have no interest,” Newsom said.

“These guys are ruthless on the other side.

With a week to go before the midterm elections, some Democratic operatives working on House races are already beginning to assign blame in the event their party loses winnable seats:

The culprit, they say, is blue-state governors dragging down the rest of the ballot.

Driving the news: Cook Political Report shifted its ratings in favor of Republicans today in ten House districts — all in states President Biden won by 15 points or more in 2020.

The districts are in New York (three), California (three), Illinois (two), New Jersey (one) and Oregon (one).

Some of those seats, like New York’s 25th District and California’s 26th, are in deep-blue territory but have attracted spending from both parties in recent weeks.

“There is a direct correlation between the performance of [New York Gov.] Kathy Hochul and [California Gov.] Gavin Newsom and the effect it’s having on House candidates,” a Democratic strategist working on House campaigns told Axios.