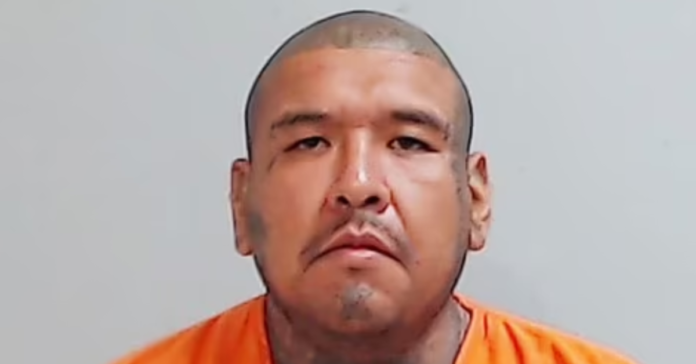 A mom in Texas saved her family from an intruder by opening fire on the thug which caused him to flee the house. The Hidalgo County Sheriff’s Office said the mother was holed up in a bedroom with her children when she warned Carlos Garcia she was armed and that she had dialed 911.

That didn’t stop him. He ‘refused to leave and continued to try and get into the bedroom,’ according to police. So she shot him through the bedroom door hitting him in the arm.

“The homeowner warned Garcia that the police had been called and she had a gun,” the sheriff’s office said. “When Garcia refused to leave and continued to try to get into the bedroom, the homeowner shot once through the door.”

Garcia fled but was caught by the cops in a field close to the house shortly after.  Hidalgo County Sheriff Eddie Guerra said:

Authorities in Texas say a man was arrested after allegedly breaking into a home last week and trying to get into a woman’s bedroom where she was hiding with her children.The woman, however, had a gun, the Hidalgo County Sheriff’s Office said. https://t.co/iIxexq8U0U

“You have the right to defend yourself in your own home against an intruder.

“I imagine she was in fear of her life so she did what she had to do, and we support her.

“You don’t have to give notice, if someone’s breaking into your home you have the right to protect yourself and use deadly force.

“And you’re not going to have any problem with the sheriff of Hidalgo County.”

Garcia was taken to a local hospital before he was charged with ‘burglary of habitation with intent.’ He is being held at the Hidalgo Adult Detention Center on a  $750,000 bond.

“We encourage witnesses with any additional information regarding this case to come forward.

“You can also submit an anonymous tip through the smartphone application “P3 TIPS”.

Top Dem Prosecutor Reaches Limit With Politicians In IL: "I never, in my 40 years in this profession, ever thought I'd ever see anything close to this”