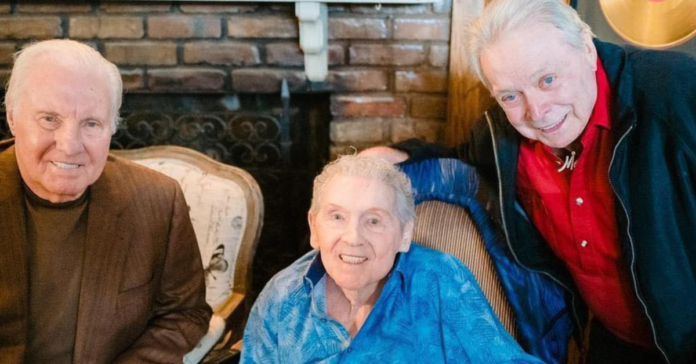 Jerry Lee Lewis, the piano virtuoso who electrified audiences with his free-wheeling performances died Friday, his publicist said. He was 87.

“He pounded the piano with such abandon that it’s a wonder it didn’t come apart. He is a defiant, reckless, indefatigable wild man that can rock you into oblivion,” the Rock & Roll Hall of Fame said when he was inducted in 1986.

Lewis’ passing was announced by his publicist, Zach Farnum of 117 Group. According to an accompanying obituary written by Rick Bragg, the musician “suffered through the last years of his life from various illnesses and injuries that, his physicians have often said, should have taken him decades ago.”

“He is ready to leave,” his wife Judith was quoted as saying, just before his death in his home in Desoto County, Mississippi, just south of Memphis.

Jerry Lee Lewis, the controversial rock & roll pioneer who embodied rebellion with songs like “Whole Lotta Shakin’ Goin’ On” and “Great Balls of Fire” but drew widespread condemnation by marrying his 13-year-old cousin, has died at age 87. https://t.co/l43ZizuDLa

“On Sunday, Jerry Lee Lewis was finally inducted into the Country Music Hall of Fame. The legendary Jerry Lee was too ill with the flu to attend the ceremony. His longtime dear friend Kris Kristofferson accepted in his honor from Hank Williams Jr. and Kris and his wife Lisa were nice enough to drive down to Memphis and present it to Jerry Lee in person.

“We love you, Kris, thank you so much – and major thanks to all the millions of fans who supported this effort, fellow Hall of Famers and artists, Country Music Hall of Fame and Museum and staff and CMA Country Music Association for honoring him.

“The Killer’s acceptance note is below. More on this soon…

“Dear friends and fans in Nashville,

“It is with heartfelt sadness and disappointment that I write to you today from my sick bed, rather than be able to share my thoughts in person.

“I tried everything I could to build up the strength to come today – I’ve looked so forward to it since I found out about it earlier this year.

“My sincerest apologies to all of you for missing this fine event, but I hope to see you all soon.

“To be inducted into the Country Music Hall of Fame is the highest honor in Country music. Through over 60 years singing music professionally, country has always been the genre where I felt the most at home – between my fellow artists, the radio and the industry players — some of them anyway.

“I am honored to be going into that Hall of Fame rotunda with some of my heroes – Hank Williams Sr., Jimmie Rodgers and the like – not to mention so many amazing friends who have been so good to me through the years.

“Thank you all for your support and love and for electing me into the Country Music Hall of Fame, and most of all, thanks to God for allowing me to experience this honor while I am still here.

“Since I could not be in-person with you today, I have asked one of my closest and dearest friends to accept this great honor for me – and he’s no stranger to this process: the legendary, Kris Kristofferson.”

Ilhan Omar Melts Down, Snaps At Heckler: “Unless you are someone like me that has been that child, you do not get to tell me what my votes mean”