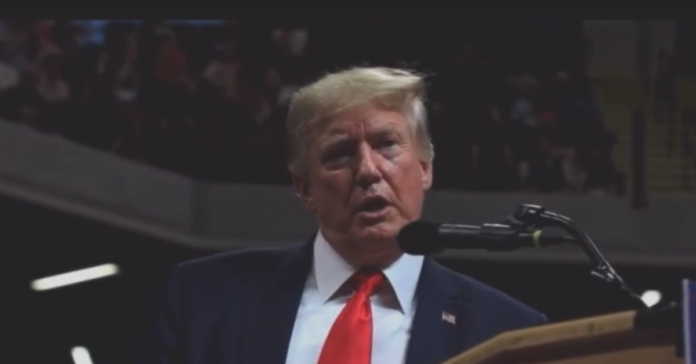 The use of a filter team is good news for Trump but leaves the question was the search warrant overbroad? Trump said yestersay:

“Wow. In the raid by the FBI of Mar-a-Lago, they stole my three Passports (one expired), along with everything else. This is an assault on a political opponent at a level never seen before in our Country. Third World!”

FBI returned Trump’s one expired passport today. The email to his lawyers references a “filter team,” which means there is a team weeding out privileged and other material, per email released by Trump spokesman earlier pic.twitter.com/Re5OfgwcHO

So then some MSNBC analysts got all petty and called for Biden to revoke Trump’s for no other reason than it would make them feel good.

Passports belonging to Donald Trump have been returned to the former president after last week’s FBI search of his Mar-a-Lago home, a Justice Department official told NBC News on Monday.

The FBI acknowledged it had had the passports the same day Trump said on his social media platform that FBI agents who conducted the search on Aug. 8 took them.

“In all, FBI agents took 27 boxes of documents, according to the federal warrant.

“The inventory of items taken by the agents includes some specific items, including an ‘Executive Grant of Clemency: Re Roger Jason Stone Jr’ – a former Trump adviser who was pardoned in the last days of Trump’s presidency –  and ‘info re: President of France.’

“The list also includes more generic labels like ‘Various classified/TS/SCI documents.’ In the national security world, the ‘TS/SCI’ abbreviation generally refers to Top Secret/Sensitive Compartmented Information – available only to those with the highest level of clearance.”

MSNBC’s @FrankFigliuzzi1 & @JohnBrennan defend the feds reportedly taking Trump’s passport: “Your passport is not yours, by the way. It’s the U.S. government’s. It’s a privilege and they can take it back” pic.twitter.com/9HpbWnvKOa

Dem Rep Lets Cat Out of Bag: ‘Off The Record Biden Is Not Running Again’

Texas Doubles Down, Issues Warning To New York City: “Look out your window, you might see a bus coming to you one day in the future”