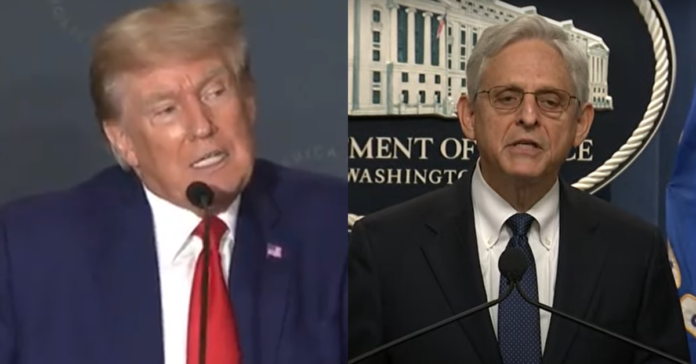 Former President Trump claimed the FBI took his passports during the raid last week of his Florida club Mar-a-Lago. This news has not been public before. It is not clear why they would take Trump’s passport. Trump made the announcement on Truth Social:

“Wow. In the raid by the FBI of Mar-a-Lago, they stole my three Passports (one expired), along with everything else. This is an assault on a political opponent at a level never seen before in our Country. Third World!”

According to The Daily Mail: “He likely has a regular blue passport issued to U.S. citizens and a red ‘diplomatic’ passport issued for official government travel. He would have received a diplomatic passport as president.

“It’s unclear if the passports were seized and, if it was done because the former president is considered a flight risk.

“In all, FBI agents took 27 boxes of documents, according to the federal warrant.

“The inventory of items taken by the agents includes some specific items, including an ‘Executive Grant of Clemency: Re Roger Jason Stone Jr’ – a former Trump adviser who was pardoned in the last days of Trump’s presidency –  and ‘info re: President of France.’

“The list also includes more generic labels like ‘Various classified/TS/SCI documents.’ In the national security world, the ‘TS/SCI’ abbreviation generally refers to Top Secret/Sensitive Compartmented Information – available only to those with the highest level of clearance.”

Dem Rep Lets Cat Out of Bag: ‘Off The Record Biden Is Not Running Again’