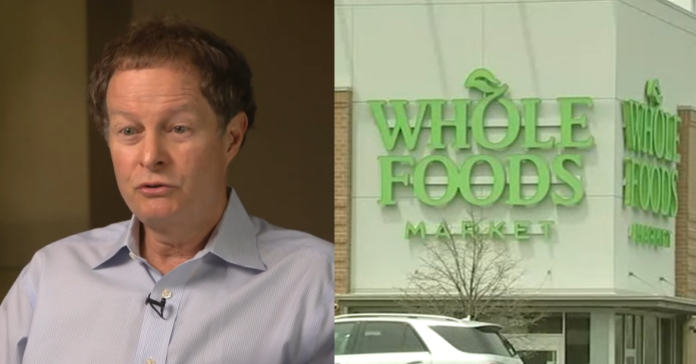 Whole Foods founder John Mackey issued a warning to America that socialists are “taking over” every part of American society.  He said he will have more to say on the topic when he steps down as CEO of the legendary supermarket chain.

Mackey founded Whole Foods in 1980. He sold it to Amazon for $13.7 billion in 2017. He is retiring at the end of August. The dire warning to America came in an interview with Reason magazine.

“You know, I’m a capitalist at heart, and I believe in liberty and capitalism.

“Those are my twin values.

“And I feel like, you know, with the way freedom of speech is today, the movement on gun control, a lot of the liberties that I’ve taken for granted most of my life, I think, are under threat.”

“A lot of people were making as much money, if not more money, not working at all,” he said of the increased unemployment benefits offered during the pandemic.

“And so guess what? They chose not to come back to work. They got used to it.

“They only wanna work if it’s really purposeful, and something they feel aligned to,” he said of today’s youth.

“You can’t hope to start with meaningful work.

“You’re going to have to earn it over time.

“Some of the younger generation doesn’t seem to be willing to pay that price, and I don’t know why,” he said.

“I’ve got six weeks. I can talk more about politics in six weeks than I can today.”

“I feel like socialists are taking over,” @WholeFoods CEO John Mackey tells @reason. “I believe in liberty and capitalism. Those are my twin values. And I feel like…a lot of the liberties that I’ve taken for granted most of my life…are under threat.”https://t.co/M9VC9pOone

Beto O’Rourke Snaps At Heckler: “It may be funny to you, motherf*cker, but it’s not funny to me”