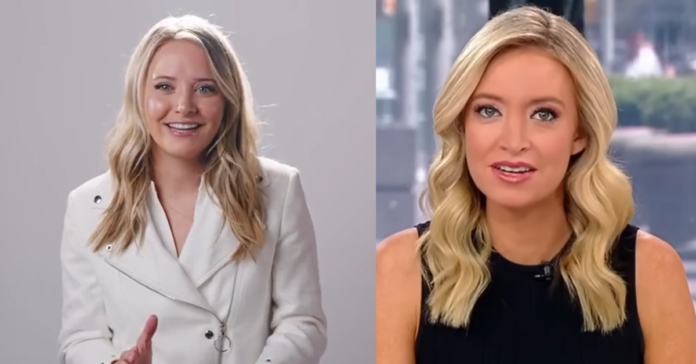 “We’re sorry that you’ve had to endure years of bad dates and wasted time with people that don’t see the world our way—the right way. And by the way, those are the only two options, ladies and gentlemen.

“You’ll start off by building your perfect profile, no pronouns necessary,” she said before adding the goal of the app is to bring people “who share the same values and beliefs as you” together.

“So if you are a young conservative looking to amp up your dating life you can sign up for early access before the app releases officially in September,” she said.

“The Right Stuff was created for conservatives to connect in authentic and meaningful ways. Other dating apps have gone woke. We bring people together with shared values and similar passions.

“Quit swiping, scrolling and trolling the wrong people. There are people out there just like you.

Connect with people who aren’t offended by everything.

“View profiles without pronouns, your next match is here.

“The app was reportedly created by former Trump White House staffers and is being financially backed by conservative billionaire Peter Thiel, who has supposedly invested $1.5 million into The Right Stuff.”