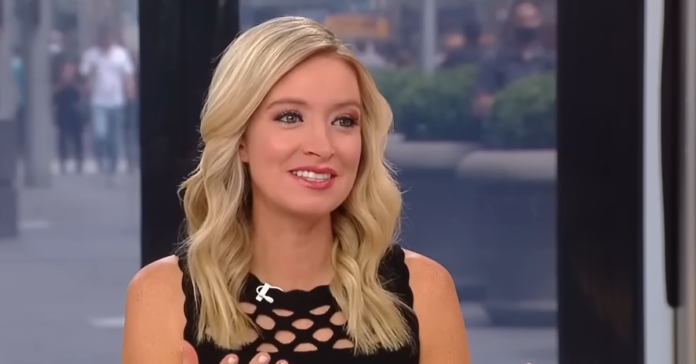 Kayleigh has unique insight into the workings of DC and is not afraid to call out the swamp. She recently scolded Speaker Nancy Pelosi: “How is it that the children of these national political figures all seem to have these similar obscure interests, whether it’s Hunter Biden who somehow loves Ukrainian oil and gas industry.

“But we know his real passion is being an artist. And you have Paul Pelosi Jr. You mentioned the lithium.

“And then you’ve got Paul Pelosi Sr. who happens to be the greatest stock picker in the world, it seems.

“In fact, New York Post reporting he bought 5 million in stock options on a computer chip company ahead of a vote on legislation that would deliver billions to boost the chip manufacturing industry.

“I want to know, why was he on the trip? Was it just a vacation? Was it taxpayer funded? We’d love to know that.

“She said he was an escort. I want to know if it was taxpayer funded.

“Would be a great answer to have,” she said.