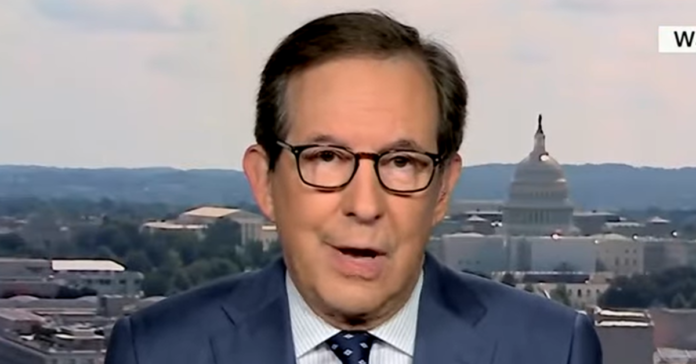 Suzanne Scott, CEO of FOX News Media, said Bream is the first woman to anchor the program in its 26-year history. “Shannon is an outstanding journalist, reporter and anchor who has cultivated a strong and enduring relationship with the FOX News Media audience,” Scott said.

Bream said, “It has been an honor to cover major news throughout Washington over the last 15 years at Fox News. I am extremely grateful for the opportunity to host a Sunday show and look forward to this new role.”

“In this new capacity, Bream will preside over FOX News Media’s signature Sunday morning political talk show which airs on FOX Broadcast, with encore presentations running on FNC. Notably, each time Bream has guest-hosted FOX News Sunday over the last several months she has overdelivered the 2021 average of the show by 20%. In January, she netted double digit increases across the board on FNS, up 32% in total viewers (1.35 million) and 45% over the previous in the advertiser friendly 25-54 demo (343,000), marking the highest-rated FOX News Sunday episode of 2022.

“Since 2017 Bream has served as the anchor of FOX News @ Night (12-1 AM/ET), FNC’s nightly newscast which airs in primetime in the Mountain and Western time zones.

“The program regularly outpaces its cable news competition across the board, averaging more than 1.1 million viewers and 218,000 in the demo this past quarter. She has also conducted news-making interviews throughout her tenure, including an exclusive sit-down with Justice Neil Gorsuch after he was confirmed, and wide-ranging interviews with First Lady Dr. Jill Biden and Senate Minority Leader Mitch McConnell.

“In February and March of this year, Bream led the network’s late-night coverage of the war in Ukraine, providing viewers with real-time reports as Russian forces invaded the country in an expanded breaking newscast.

“In addition to her role as anchor, Bream has served as FNC’s chief legal correspondent where she has covered every landmark decision of the United States Supreme Court since joining the network in 2007. “Most recently, Bream led network coverage of the Supreme Court’s decision on Dobbs vs. Jackson Women’s Health Organization and reported on the leaked draft opinion through the decision to overturn Roe v. Wade.

“She also provided extensive live coverage of the retirement of Justice Stephen Breyer and the confirmation of newly sworn-in Justice Ketanji Brown Jackson.

“Notably, her reporting surrounding a mask dispute between Justices Gorsuch, Sotomayor and Roberts drove headlines in fact-checking an NPR report on the matter. She also contributed to the network’s coverage of Justice Amy Coney Barrett’s confirmation, as well as on the passing of Justice Ruth Bader Ginsburg.

“Previously, she covered the Supreme Court decision to rule in favor of same-sex marriage nationwide in 2015 as well as the 2013 Supreme Court ruling of the Defense of Marriage Act (DOMA), California’s Proposition 8 and the Patient Protection and Affordable Care Act (PPACA) in 2012. She also reported on the nomination of Judge Sonia Sotomayor to the Supreme Court.

“Throughout her tenure with the network, Bream has also been a part of FNC’s top-rated election coverage. During the previous presidential election cycle, she contributed to FNC’s Democracy 2020, which garnered the highest ratings for an election night in cable news history with 14.1 million viewers. “She was also part of live coverage of the 2016 presidential election where she discussed and interpreted various social media trends.

“Additionally, Bream is a founding author of FOX News Books, the publishing imprint of FOX News Media and the platform’s first franchise author. Her debut title, “The Women of the Bible Speak: The Wisdom of 16 Women and Their Lessons for Today” (March 2021) has sold more than half a million copies and was 13th bestselling book in adult nonfiction in 2021, according to Nielsen Bookscan.

“The title, which was also the top faith-based book of 2021, spent 15 weeks on the New York Times bestseller list, five of which at number one. Her second title, “Mothers and Daughters of the Bible Speak: Lessons on Faith from Nine Biblical Families” (March 2022) also rose to number one on the New York Times bestseller list, moving more than 200,000 copies within the first five weeks.

“In addition, she is the host of Livin’ the Bream, a podcast on FOX News Audio where she shares inspirational stories, personal anecdotes and an insider’s perspective on actions and rulings from the high court. She is also the author of the 2019 title “Finding the Bright Side: The Art of Chasing What Matters.”

“Before joining FNC, Bream worked as a weekend anchor for WRC-TV (NBC) in Washington, D.C. Previously, she anchored the evening and late-night news for WBTV (CBS) in Charlotte, NC and held writing and reporting positions at WFTS-TV (ABC) in Tampa, FL.