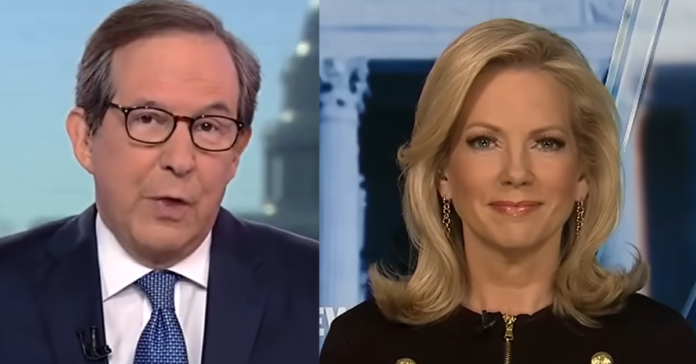 Suzanne Scott, CEO of FOX News Media, said:  “Shannon is an outstanding journalist, reporter and anchor who has cultivated a strong and enduring relationship with the FOX News Media audience.”

Bream said, “It has been an honor to cover major news throughout Washington over the last 15 years at Fox News. I am extremely grateful for the opportunity to host a Sunday show and look forward to this new role.”

Since 2017 Bream has served as the anchor of FOX News @ Night (12-1 AM/ET), FNC’s nightly newscast which airs in primetime in the Mountain and Western time zones. She regularly beats her cable news competition across the board. She averaged 1.1 million viewers and 218,000 in the demo in the last quarter.

Fox News threw some shade at Wallace in the announcement letting the CNN host know her ratings were higher than his.

Each time Bream has guest-hosted FOX News Sunday over the last several months she has over-delivered the 2021 average of the show by 20%.

Congratulations to @ShannonBream on being named the new anchor of Fox News Sunday! She is a superb journalist and broadcaster and a wonderful human being.

Wallace said when he left Fox: “I just no longer felt comfortable with the programming at Fox.

“But when people start to question the truth — Who won the 2020 election? Was Jan. 6 an insurrection? — I found that unsustainable.”

Bream has served as FNC’s chief legal correspondent where she covered every landmark decision of the United States Supreme Court since 2007.

Her debut title, “The Women of the Bible Speak: The Wisdom of 16 Women and Their Lessons for Today” (March 2021) has sold more than half a million copies and was 13th bestselling book in adult nonfiction in 2021, according to Nielsen Bookscan.

The title was also the top faith-based book of 2021 and spent 15 weeks on the New York Times bestseller list, five at number one.

She graduated with honors from the Florida State University College of Law.

Shannon Bream has been named the new anchor of Fox News Sunday. She succeeds Chris Wallace who left Fox for CNN.

INBOX: Shannon Bream is the new host of Fox News Sunday. She will begin on Sept. 11

“Let’s check with Senator Schumer before we run it”: Ex-NYT Reporter Comes Clean