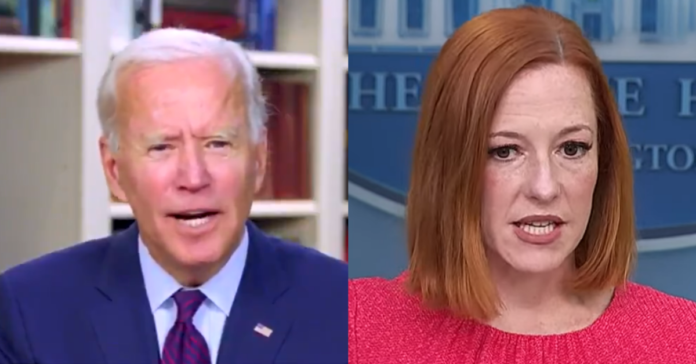 “Notoriously, social-media platforms aggressively censored core political speech by then-President Trump and the Trump campaign raising concerns about the security of voting by mail in the run-up to the November 2020 presidential election,” the filing states.

“In direct contravention to the First Amendment and freedom of speech, the Biden Administration has been engaged in a pernicious campaign to both pressure social media giants to censor and suppress speech and work directly with those platforms to achieve that censorship in a misguided and Orwellian campaign against misinformation

EXCLUSIVE: @Eric_Schmitt & @JeffLandry filed a lawsuit against Biden, Jen Psaki, Fauci and other top officials alleging that they “pressured and colluded” with Big Tech to censor and suppress information on the Hunter Biden laptop story, COVID-19https://t.co/29WnpEbURs

“I will not stand idly by while the Biden Administration attempts to trample on the First Amendment rights of Missourians and Americans.”

“Big Tech has become an extension of Biden’s Big Government, and neither are protecting the freedoms of Americans; rather, they are suppressing truth and demonizing those who think differently.

“Ripped from the playbook of Stalin and his ilk, Biden has been colluding with Big Tech to censor free speech and propagandize the masses.

“We are fighting back to ensure the rule of law and prevent the government from unconstitutional banning, chilling, and stifling of speech.”

Nina Jankowicz, the head of the Department of Homeland Security’s (DHS) new “Disinformation Governance Board,”

the Centers for Disease Control and Prevention (CDC),

the National Institute of Allergy and Infectious Diseases (NIAID),

Director of the Cybersecurity and Infrastructure Security Agency Jen Easterly.

EXCLUSIVE w/ @kelseykoberg: 20 GOP-led states organized by @JasonMiyaresVA are threatening legal action against DHS’s new disinformation board, which they deem “un-American” and chilling to the free speech of Americans.https://t.co/UFt9qEVBQW