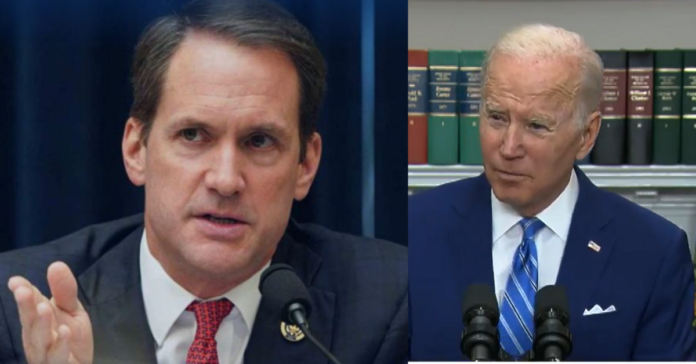 Both Republican and Democratic lawmakers are calling out the latest tone-deaf debacle from the Biden administration, the “Disinformation Governance Board.” Last week, Homeland Security Secretary Alejandro Mayorkas let the cat out of the bag while testifying before a House Appropriations subcommittee about his department’s 2023 budget.

Rep. Jim Himes, D-Conn., said he is looking at Joe Biden’s new board “from a position of deep skepticism whenever any government gets involved in managing information, identifying disinformation.”

“As far as I’m concerned the government has no business saying that this is disinformation and this is information,” he said. More Democrats, if they ever want to have credibility again, must start echoing Hines.

Maryland Republican Gov. Larry Hogan said this was “certainly not something they ought to be doing,” before saying this was just “one more mistake the Biden administration has made.”

Illinois Democrat Rep. Cheri Bustos expressed some reservations but said she was “going to take the secretary of Homeland Security’s word that it’s not going to involve American citizens.”

Sen. John Kennedy (R-La.) grilled Mayorkas recently over the hiring of Nina Jankowicz to run the board:

“When the department picked her did it know that she had said that Mr. Hunter Biden’s laptop is Russian disinformation?” Kennedy said.

“I was not aware of that, but we do not discuss the internal hiring process. Ultimately, as the secretary I am responsible for the decisions of the Department of Homeland Security,” Mayorkas replied.

Kennedy pointed out Jankowicz vouched for the discredited Steele dossier.

“Senator, let me repeat myself and add an additional fact. One, we do not discuss internal hiring processes. Two, I was not aware of that fact,” Mayorkas said.

“Three, as the secretary of homeland security I am responsible for the decisions of the department, and it is my understanding that Ms. Jankowicz is a subject-matter expert in the field in which she will be working on behalf of the department.”

“I can tell,” Kennedy fired back.

“Did [DHS] know that she had said that Mr. Hunter Biden’s laptop is Russian disinformation…that she had vouched for the veracity of the Steele dossier?” pic.twitter.com/KqOIm00vYR

Watch: Dems Audible Reaction To Snarky Response From Biden’s Energy Secretary To Senator Is Why They Are Going To Get Crushed In November