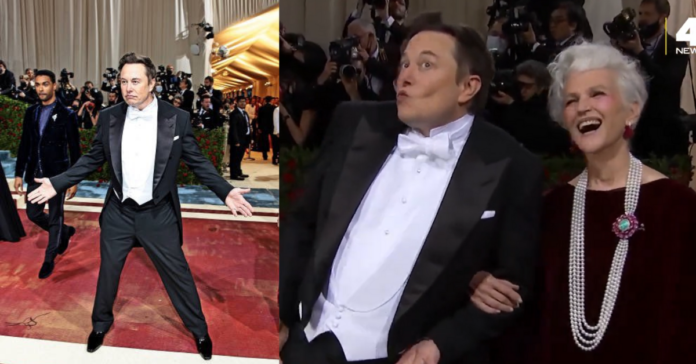 The smartest and the richest man in the world, Elon Musk, made a surprise appearance on the red carpet Monday night at the Met Gala. Musk was joking and having a good time and told one reporter he only went because his mother wanted to go.

When he was asked about his recent Twitter purchase, Musk described his plans for the future of the social media platform promising to make it better and a more inclusive user experience.

“Well, I mean, the goal that I have, should everything come to fruition with Twitter, is to have a service that is broadly, is as broadly inclusive as possible where ideally most of America is on it and talking.” Musk said.

He continued: “I think just generally, I’m looking for something that’s like I said as broadly inclusive as possible, that’s as trusted as possible as a system, and I hope we are successful in that regard.

They will say anything to shift support away from me. Think of it as information war, not normal dialogue.

“I’ve also vowed this publicly that we have to get rid of the bots, trolls, scams, and everything.

“That’s obviously diminishing the user experience and we don’t want people to get tricked out of their money and that kind of thing.

“I’m on the warpath.

“If somebody is operating a bot and troll army then I’m definitely their enemy!”

A Twitter user who identified as a firend to Musk said:

“Supporting Elon Musk, a friend, is not worshiping him.

“I reach out in private and choose not to confront my friends harshly in public.

“I would expect others who care about me to not make a display of me in public either but inform me respectfully in private.”

Musk responded with a swipe at his critics:

“They will say anything to shift support away from me.

“Think of it as information war, not normal dialogue.”

Making funny faces at the Met

Elon Musk Calls For Investigation Into Dem Activist Groups: “Who funds these organizations that want to control your access to information, sunlight is the best disinfectant”