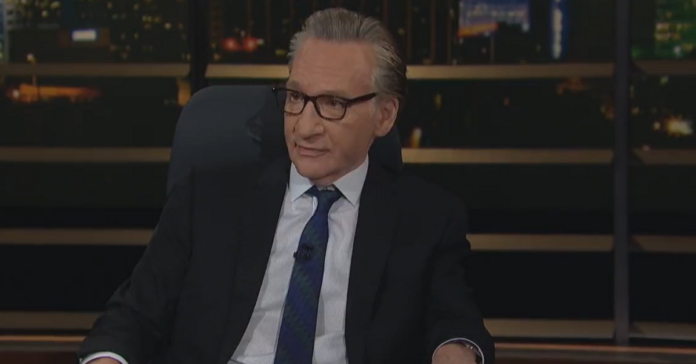 Bill Maher slammed Twitter over past censorship and mocked Hunter Biden last night on his HBO show ‘Real Time.’ Maher mocked Twitter for flagging a Christian satire site for making fun of Twitter as ‘through the looking glass.’

He added that Twitter went way overboard as “this is well within what satire has always been.” Maher said: “Has Twitter failed in setting itself up in the past as the judge of what can go out there? And I would say yes, you have.

“Can you believe this? Twitter flagged a Christian satire site ‘The Babylon Bee’ for making fun of Twitter for being too sensitive.

“This is so ‘through the looking glass.

“This is well within what satire has always been.

“And the fact that they flagged this for being insensitive shows their complete lack of self-awareness about what their own problem is.

Maher said during his opening monologue:

“Elon Musk said, ‘Now I’m gonna buy Coca-Cola so I can put the cocaine back in.

“It’s all fun and games, Elon until Hunter Biden gets his head stuck in the vending machine.”

Twitter co-founder Jack Dorsey stepped in to say the buck stops with him:

“I have tried taking a break from Twitter recently, but I must say: the company has always tried to do its best given the information it had.

“Every decision we made was ultimately my responsibility. In the cases we were wrong or went too far, we admitted it and worked to correct it.

Some things can be fixed immediately, and others require rethinking and reimplementing the entire system.

“It is important to me that we get critical feedback in all of its forms, but also important that we get the space and time to address it. All of that should be done publicly.

“A transparent system, both in policy and operations, is the right way to earn trust. Whether it’s owned by a company or an open protocol doesn’t matter _as much as_ deliberately deciding to be open about every decision and why it was made.

Bill Maher says:
Can you believe this?
“Twitter Flagged a Christian Satire site~
” The Babylon Bee” for making fun of Twitter being too sensitive ..”😂pic.twitter.com/KmPeW4UWEH

“It’s not easy to do, but it must happen.

“Doing this work means you’re in the arena. Nothing that is said now matters. What matters is how the service works and acts, and how quickly it learns and improves.

“My biggest failing was that quickness part. I’m confident that part at least is being addressed, and will be fixed.

‘It’s also crazy and wrong that individuals or companies bear this responsibility. As I’ve said before, I don’t believe any permanent ban (with the exception of illegal activity) is right, or should be possible.

“This is why we need a protocol that’s resilient to the layers above.”

He said of blocking the New York Post’s account:

“When I found out we took that action, we reversed it almost immediately. we should have also reinstated the account without requiring a delete of the tweet.”

.@ElonMusk tweeted: “I’m buying Coca-Cola to put the cocaine back in.” It’s all fun and games Elon until Hunter Biden gets his head stuck in the vending machine. pic.twitter.com/OGYc2pV6aK

New Round Of Emails Surface Pushing Hillary Closer to The Edge