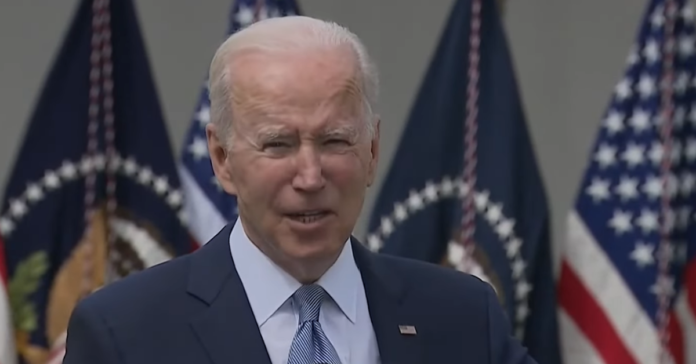 The U.S. economy unexpectedly contracted in the first three months of 2022 according to  the Burea of Economic Analysis. They said Gross Domestic Product decreased at an annual rate of 1.4 percent in the first quarter of 2022.

Economists had expected the economy to grow 1.1 percent. This is terrible news for President Joe Biden and Vice President Kamala Harris because if they don’t start doing something about the economy we may soon see some frightful conditions.

That would sink a good politician and Joe and Kamala are not good at this. Because Biden has not been able to do anything with the rising inflation. If inflation keeps going up, and all signs point to that, but the economy goes in reverse, Joe Biden will go down as one of the worst presidents in history right next to Jimmy Carter.

Now people say this is out of Biden’s hands but that is nonsense. One example that illustrates this clearly is rising oil prices.

They are a major factor in why this is happening. Saudi Arabia has the ability to alleviate some pricing pressure but they will not because they are mad at Biden.

So what does Biden do? Nothing. Contrast that with Trump’s oil emergency. During the first months of the pandemic, oil dropped below 0 and threatened to destroy our domestic industry.

Trump went to the Saudis and told them to cut supply to stabilize the markets. They refused.

So he said we protect you militarily and have been for 30 years if you don’t cut supply I am bringing all our troops and weapons home and you are on your own.

They cut supply instantly. Biden is weak and incompetent and he is being rolled by the Saudis and god knows who else.

Reporter Benny Johnson broke it down:

“This negative economic growth was FAR worse than expected.

“There is no other way to spin this.”

Not everyone thinks we are headed toward stagflation with some economists arguing the decline came from factors that should reverse later this year.

Rising omicron infections to start the year hampered activity across the board, while inflation surging at a level not seen since the early 1980s and the Russia invasion of Ukraine also contributed to the economic stasis.

Prices increased sharply during the quarter, with the GDP price index deflator rising 8% in the quarter, following a 7.1% jump in Q4.

The decline in growth came due to a deceleration in private inventory investment, which helped propel growth in the back half of 2022. Other restraints came from exports and government spending across state, federal and local governments, as well as rising imports.

An 8.5% pullback in defense spending was a particular drag, knocking one-third of a percentage point off the final GDP reading.

This negative economic growth was FAR worse than expected.

There is no other way to spin this.

Trade the big culprit in the GDP decline. Subtracted 3.2 percentage points from headline. Strong domestic demand + slowing world economy is NOT GREAT for US GDP calculations.

Someone REALLY Wants to Make Sure Joe Biden Goes Down