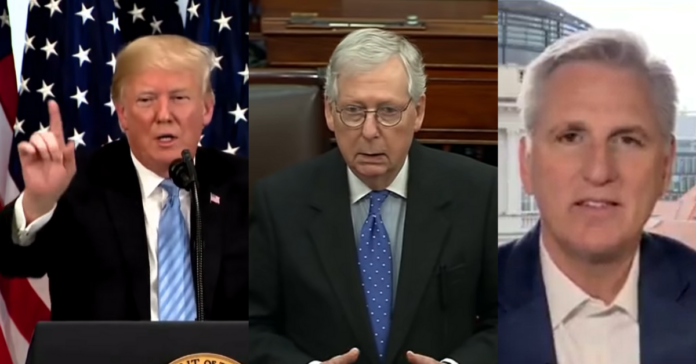 A new book by two New York Times reporters, ‘This Will Not Pass’ has everyone in Washington DC trying to get an advanced copy to see how they are portrayed and who was airing their dirty laundry.

The authors, Jonathan Martin and Alex Burns have been driving the news for a week by releasing excerpts that have caused a stir in the White House. Jill Biden did not want Kamala as Joe Biden’s Vice President and came out forcefully against her saying why do we have to pick the one person who attacked Joe the book claims.

The authors also claim Biden snapped at Harris during a meeting with GOP leadership about the infrastructure bill so harshly “even Republican Senators were taken aback.”

The authors say Kamala “began to make the case for a larger package than the one Republicans seemed to have in mind” when “Biden dismissed her comment immediately” so firmly “that even the Republican senators were taken aback.”

“Some of Harris’s advisers believed the president’s almost entirely white inner circle did not show the vice president the respect she deserved.

“Harris worried that Biden’s staff looked down on her; she fixated on real and perceived snubs in ways the West Wing found tedious.”

And now we learn what former President Donald Trump really, or in the moment of the interview, thinks about two GOP leaders he has had an up and down relationship with, Mitch McConnell and Kevin McCarthy.

Punchbowl News got an early copy and quoted the book:

In an interview the authors conducted with Trump at Mar-a-Lago in the spring of 2021, the former president expressed utter confidence in his control of the Republican Party and waved away the criticism he had drawn from both the party’s legislative leaders.

Trump waved aside McCarthy’s claims of challenging the former president in private.

According to Trump, the Republican leader’s tough talk after January 6 was just that—talk. No, Trump says, McCarthy had not clashed with him over the phone with the riot still in progress. “He wouldn’t say that,” Trump said.

So why, then, did McCarthy go around claiming to other people that he’s tougher with Trump in private than he really is? The former president packed his two-word diagnosis with contempt.

.@PatrickMcHenry criticizes Manchin’s reconciliation tax plan to curb inflation: “This is the most Democrat response a Democrat could give to inflation, which is in order to soak up the money supply, they need to raise taxes.”

Marc Rowan, CEO of Apollo, on Biden admin regulation: “I think there’s not a great understanding in DC of how much has changed since 2008… what’s happening now is a regulatory framework that penalizes private, because it’s perceived as risk, whereas all it is is less liquid”

Rowan: “Anyone who didn’t see dumping trillions of dollars into the financial system in a short period of time of constrained supply was going to cause inflation just had to be asleep.”

Someone REALLY Wants to Make Sure Joe Biden Goes Down