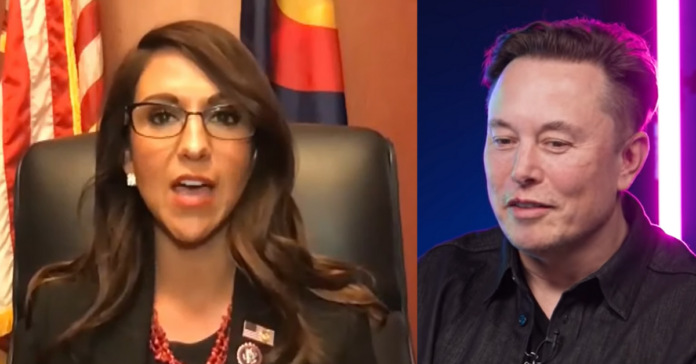 GOP Rep Lauren Boebert may have a future working with Greg Gutfeld on his hit late-night show on Fox News the way she delivers the one-liners on Twitter. Boebert is good at the medium and she is very funny while exposing some hard truths.

The left is not taking the news that Elon Musk bought Twitter well. They say they fear Trump being let back on but that is a smokescreen. They fear they will not have the upper hand on social media anymore.

The employees of these companies are mostly Dem in their politics and that reflects the way the companies are run. Nothing wrong with that, especially if your side controls the platform.  But when it doesn’t what do they do? Throw temper tantrums and in that way give up the game.

“I think he is saying, ‘You get to say whatever you want. I’m going to take away the guardrails.’ And for me, that is something that is a bit scary.”

“Hi, Twitterverse. Many thanks for the knowledge and sharing over the past ten years or so. If Musk takes over Twitter I will be off within a few hours.

“Might be just as well for my well being but I’ve learned a lot of valuable stuff from many of you. Thank you all. Howard”

“Now that Elon Musk is buying Twitter, the question for all of us is: Will he allow a Criminal who used this platform to lie and spread disinformation to try to overthrow the US Government to return and continue his Criminal activity? And if he does, how do we combat it?”

Lauren Boebert just needed one line to humiliate all of Musk’s critics.

She said: “So weird that Twitter had zero influence or impact over the electoral process until this week.

“If it becomes a fair and neutral playing field, they will lose the upper hand.”

So weird that Twitter had zero influence or impact over the electoral process until this week.

It became the regime’s central tool at fighting back against our election of President Trump.

If it becomes a fair and neutral playing field, they will lose the upper hand.

[VIDEO] Geraldo Really Wants Trump Back on Twitter, Tells Elon He Better "Figure Out" How to Bring Him Back