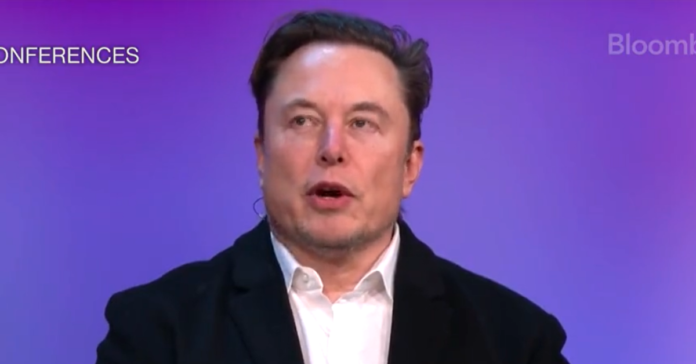 Twitter is in negotiations with Tesla CEO Elon Musk and according to The Wall Street Journal the deal could happen as soon as this week. Musk made a clever move on the Twitter Board and started talking privately with some of the major shareholders Friday.

Many of these are institutional investors with large stakes in Twitter who have made a lot of cash with Elon on his other companies and are keen to work with him on this.

The Journal reported, “Twitter is in discussions to sell itself to Elon Musk and could finalize a deal as soon as this week, people familiar with the matter said. The two sides met Sunday to discuss Mr. Musk’s proposal and were making progress, though still had issues to hash out, the people said. There are no guarantee they will reach a deal.

“The potential turnabout on Twitter’s part comes after Mr. Musk met privately Friday with several shareholders of the company to extol the virtues of his proposal while repeating that the board has a “yes-or-no” decision to make, according to people familiar with the matter. He also pledged to solve the free-speech issues he sees as plaguing the platform and the country more broadly, whether his bid succeeds or not, they said.

“Mr. Musk made his pitch to select shareholders in a series of video calls, with a focus on actively managed funds, the people said, in hopes that they could sway the company’s decision.”

“Twitter had been expected to rebuff the offer, which Mr. Musk made earlier this month without saying how he would pay for it. But after he disclosed last week that he now has $46.5 billion in financing, Twitter is taking a fresh look at the offer and is more likely than before to seek to negotiate, people familiar with the matter said. The situation is fast-moving and it is still far from guaranteed Twitter will do so.”

Musk earlier tweeted ‘Moving on” which many interpreted to mean his bid for Twitter was over. He then clarified that he was “making fun of Gates for shorting Tesla while claiming to support climate change action.”

Musk was mocking Gates all over Twitter in the past few days.

In one instance, a Twitter user asked Musk if it was true Bill Gates had a massive short position against Tesla.

“Yeah, but I didn’t leak it to NYT. They must have got it through friends of friends.

“I heard from multiple people at TED that Gates still had half billion short against Tesla, which is why I asked him, so it’s not exactly top secret.

Here is the text exchange:

Musk: Do you still have a half billion dollar short position against Tesla?

Gates: Sorry to say I haven’t closed it out. I would like to discuss philanthropy possibilities.

Musk: Sorry but I cannot take your philanthropy on climate change seriously when you have a massive short position against Tesla, the company doing the most to solve climate change.

Many Twitter shareholders reached out to the company after Musk outlined a detailed financing plan for his bid on Thursday and urged it not to let the opportunity for a deal slip away, Reuters reported earlier on Sunday.

Musk’s insistence that his bid for Twitter is his “best and final” has emerged as a hurdle in the deal negotiations, the sources said. Nevertheless, Twitter’s board has decided to engage with Musk to gather more information on his ability to complete the deal, and potentially get better terms, the sources added.

Twitter has not yet decided if it will explore a sale to put pressure on Musk to raise his bid, according to the sources. The people with knowledge of the matter declined to be identified because the deal discussions are confidential.

Twitter wants to know more about any active investigations by regulators into Musk, including by the U.S. Securities and Exchange Commission (SEC), that would present a risk to the deal being completed, one of the sources said.

Securities lawyers say that Musk, who settled charges that he misled investors by suggesting four years ago he had secured funding to take Tesla private, may have breached SEC disclosure rules as he amassed a stake in Twitter earlier this year.

in case u need to lose a boner fast pic.twitter.com/fcHiaXKCJi

Biden Admin to Return Diplomats Back To Kyiv; Will Also Give MORE Aid