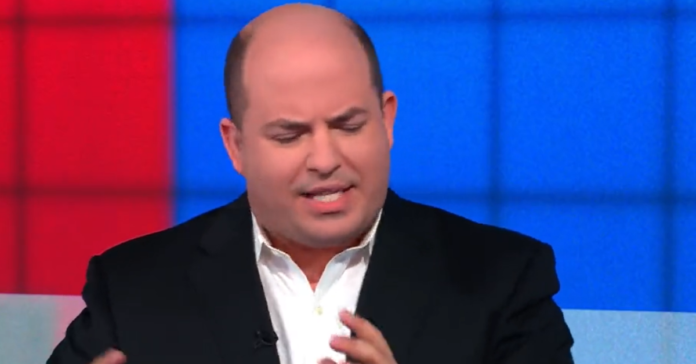 CNN host Brian Stelter, who is rumored to be on the chopping block at CNN over his partisan content, just proved beyond a reasonable doubt he has no clue. If the guy can’t accurately assess one of the biggest flops in media history, how in the heck can he have a show on CNN about the media?

He talked about the abrupt end to CNN’s new streaming service on the show CNN gave him on that streaming platform and he proved again he is not credible by saying it was too early to tell if the CNN PLus was a failure. “I think I’m making history right now. I’ve never been on a program talking about the demise of that program,” Stelter’s guest Matt Belloni said.

“Look, it’s one of the biggest stories in media right now. CNN+, the platform for this show is going to be shutting down next week after less than a month in operation. Why,” Stelter said.

He continued blaming the flop on “this was just a crazy clash of strategies” between new management and old management. Media executives care about ratings and money, if CNN Plus had either it would still be on the air.

His guest Matt Belloni said: “I think it is and it’s really unfortunate that all of the people at CNN+ got caught in the middle of what is essentially a corporate tug-of-war here.

“It’s too early to know if this product, if this service was a success or a failure,” Stelter desperately tried to rationalize the implosion of CNN+. And he chided the “haters.” pic.twitter.com/vCFR3Q7dT4

“I mean, CNN management knew for 11 months that this transaction was happening and that the Discovery people were coming in and taking over.

“Yet, even though they knew that, they barreled forward with the launch of CNN+ a couple weeks before the transaction closed.

“If they had only waited and said, ‘you know, what? We should probably let the new people who are going to be managing this thing come in and say, okay, what do we actually want to do here?’

“It would have avoided all of this. It could have probably had them saying, ‘you know, let’s scale it back a little and make it a tile on HBO Max and have the product be seamlessly launched within the HBO Max experience.’ And it would have resolved a lot of this stuff.”

“It’s too early to know if this product, if this service was a success or a failure.

“I don’t know if we can even ever assess that because it just simply didn’t have enough time because of the management’s change in direction.

“This is a worthy venture. This was an outstanding experiment.

“And it was led by an amazing team of producers, directors, engineers, technicians, including the ones making this program happen right now,” he said.

[VIDEO] Kids React to Trudeau's "Black Face" Photo, But The Twist at The End is Pure Gold