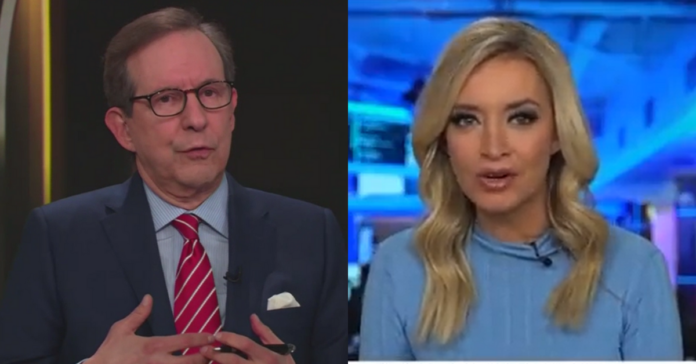 Psaki said, “What was most important is that we reset the tone, that we reestablish the briefing room, the press office, and what we were doing as a source of information, accurate to the American people.”

She continued, “We wanted to provide them as much information, peel the curtain back as to what was happening and do it in a way that would hopefully calm the nerves of the prior four years.”

Wallace said. “We are going to miss you behind the podium, and if you end up at a cable channel other than this one, I promise I will watch you.”

After ending the interview, Wallace said:

“The job of White House press secretary is tricky. You represent that president, but you’re paid by the American people. Handling those sometimes dueling obligations is a delicate balance.

“But Jen has done as good a job at it as any press secretary I can remember while restoring some much-needed civility to the White House briefing room. She will be missed.”

“Why has President Biden been so sheltered from the press?”

She said:  “In what way? He just did a press conference several weeks ago.

“He takes questions from the press nearly every day.”

Wallace wasn’t buying it and said:

“In his first year, Joe Biden held two solo news conferences in the White House. And he held five on foreign trips, and take a look at this, in his first year Mr. Biden sat down for twenty-eight interviews with reporters.

“That compares to ninety-five in the same period of time for Donald Trump, and a hundred and sixty-two for Barack Obama. By comparison, Jen that’s sheltered..

“Two questions three questions eight questions. So why is that different?”

Wallace said: “I’ll tell you exactly why that’s different because when you’re standing there, you can take a question.

“You can answer it, you can slough it off and you can move on.

“And oftentimes, he gives a partial answer and walks away. It in no way compares to sitting down with a reporter for 20 minutes, 30 minutes, and having — you can’t move away, you can duck it, you’ve got to sit there and answer the question and the follow-up. It’s not the same thing,” he said.

“We can agree to disagree on that Chris,” Psaki said before adding:

“I think how he has felt engaging with the press makes sense to him or works, is how he used to do it in the Senate. Which was to talk to reporters after he did events.

“Take their questions, often times he takes multiple questions. Sometimes there are follow-ups.

“He’s done that two or three times more than his predecessors and I think for most of the White House reporters that gives them an opportunity to ask questions often a couple times a week,” she said.

Chris Wallace asked Jen Psaki why Biden has been so sheltered from the press.

Psaki got clearly offended and Wallace actually pushed back! pic.twitter.com/8QHJZPBoxS

Chris Wallace Grills Jen Psaki About Joe Biden: “Why has President Biden been so sheltered from the press?”