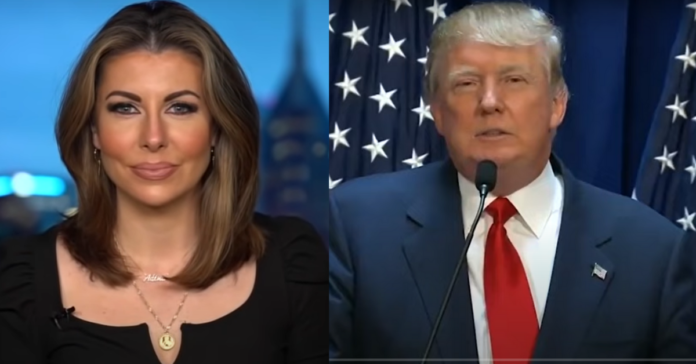 In a stunning move Tuesday night members of the Tennessee GOP Executive Committee voted to remove three candidates from the ballot for the Congressional District 5 seat. One of the candidates the old guard in the GOP removed was Trump endorsed Morgan Ortagus.

They also kicked off the choice for many in Trump’s base, Robby Starbuck. Baxter Lee was the third candidate they removed. Morgan said in a statement: “I am deeply disappointed in the party’s State Executive Committee decision.

“I’m a bonafide Republican by their standards, and frankly, by any metric. I’m further disappointed that the party insiders at the Tennessee Republican Party do not seem to share my commitment to President Trump’s America First policies.

“As I have said all along, I believe that voters in Middle Tennessee should pick their representative — not establishment party insiders. Our team is evaluating the options before us.

“President Donald Trump believes I’m the best person to fight for his America First agenda and Middle Tennessee in Congress, and I’m working hard to ensure that my fellow Tennesseans, including TNGOP SEC members, understand why,” she said.

The state GOP’s executive committee has the authority to remove candidates from the primary ballot for failing to adhere to the party’s bylaws. Those require a candidate to have voted in three of the last four GOP primaries.

Under Tennessee Republican Party rules, challenges in the Nashville congressional race have been filed over the voting records of Ortagus, small business owner Baxter Lee and video producer Robby Starbuck, according to state GOP chairman Scott Golden. Those will be settled by party officials by April 21, Golden said.

Meanwhile, the new state residency requirement had already drawn a lawsuit before it became law.

Ortagus supporters sued, arguing that the state cannot impose stricter residency requirements than those outlined in the U.S. Constitution, which dictates that a congressional candidate be a citizen for at least seven years, at least 25 years old and an “inhabitant” of the state in which they want to be elected.

The U.S. Supreme Court has previously determined that any requirement not explicitly outlined in the Constitution is out of bounds.

Under the new law, U.S. House and Senate candidates in primary elections are required to meet the same criteria imposed on state legislative candidates, who must be Tennessee residents for at least three years and residents of the county they’ll represent for at least one year “immediately preceding the election.”

Supporters argue the changes are needed to prevent transplants who don’t know the area from securing key political seats.

The decision ruffled Republicans who point out that Ortagus not only recently moved to Nashville, but also Tennessee.

Ortagus was a U.S. State Department spokesperson during the Trump administration.

Trump’s endorsed candidate in TN-5, @MorganOrtagus, and @robbystarbuck were just kicked off the primary ballot by the Tennessee Republican Party. Their GOP credentials were challenged because they haven’t voted in three recent primaries there. https://t.co/7CYETfDLuN

In a statement, Ortagus says she’s “deeply disappointed” and her team is “evaluating the options before us.”https://t.co/va6HXphouF

“Senator Niceley’s repulsive words could not be more clear in disparaging the Jewish people. This racism cannot stand.”https://t.co/va6HXphouF