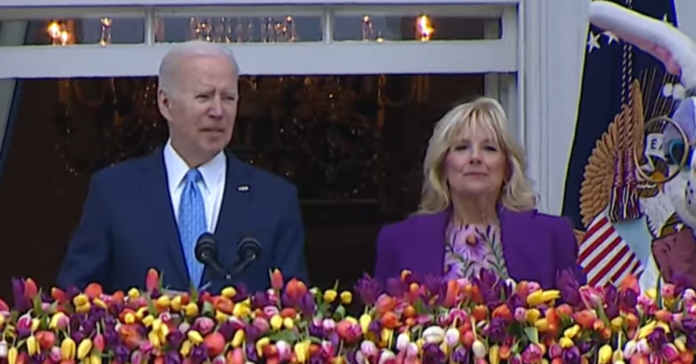 President Biden and his accountant got hit with a new IRS whistleblower complaint alleging that Biden owes more than $127,000 in back taxes. The complaints were filed by Chris Jacobs, a former Republican aide on Capitol Hill.

Under federal law, Jacobs would be entitled to a reward of between 15% and 30% of what the IRS recovers as a result of his whistleblower complaint but Jacobs said he “would gladly forgo any potential remuneration.”

He told the New York Post: “Federal agencies must implement laws on a non-partisan basis. The fact that the IRS did not audit Joe Biden’s 2017 through 2019 returns, despite several articles publicly raising questions about the propriety of his actions, raises questions about how the IRS administers our nation’s tax laws, and whether political considerations played a role in the IRS’ decisions.

“The facts do not suggest that Mr. Biden arrived at anything approaching a level of ‘reasonable compensation’ consistent with IRS guidelines.

“Instead, Mr. Biden’s salary level appears to have been set arbitrarily at a level just slightly above the Social Security wage base, with other factors — Mr. Biden’s own salary history, the compensation received by comparable individuals and comparable filers, and the labor vs. capital allocation — all but ignored,” he said.

Jacobs wrote in the Federalist:

Upon leaving the vice presidency in January 2017, Biden and his wife Jill established two S-corporations to handle their book and speech income.

By characterizing most of their income as profits from the corporations rather than wages, the Bidens were able to avoid payroll taxes on more than $13 million worth of income.

In 2021, they were back at it again, writing off $61,995 in corporate profits as exempt from payroll taxes, as evidenced on page 13 of their returns:

In the president’s case, Biden avoided paying 3.8 percent tax on his nearly $30,000 in corporate profits—2.9 percent that funds Medicare, and an additional 0.9 percent imposed by Obamacare. (So much for Biden’s claim that “Obamacare is personal to me.”)

All told, the Bidens seem to have dodged more than $6,100 in Medicare and Social Security taxes in 2021 alone:

This tax evasion comes after the Bidens appear to have previously avoided at least $517,000 in Medicare and Obamacare taxes from 2017 through 2020.

At least part of their scheme included potentially illegal tactics.

As I have alleged in a complaint to the IRS regarding both Biden’s tax returns and his accountant’s conduct, I—along with many other tax experts—believe that in 2017 and 2018, Biden paid himself such a low salary as to violate IRS guidelines on “reasonable compensation.”

Joe Biden said he wouldn’t tax Americans who make $400,000 or less, but his failed policies have created inflation that is a tax hike on everybody. As Alaska’s next senator, I will change this by FIGHTING to cut taxes and cut funding to the IRS. pic.twitter.com/QLrtVn7gsy

[VIDEO] Kayleigh Leads One Of the Most RAW and Real Talks About Biden's Failing Mental State, Yet