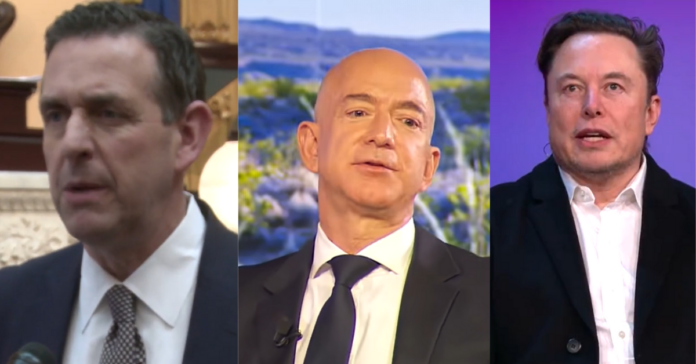 MSNBC’s Mika Brezinski was not happy with Elon Musk’s move to take over the social media platform saying Elon Musk taking over Twitter is a “very dangerous precedent” for America.

Brezinski said: “I think you bring up a great point, but, Linette, are there any ways to stop him if he wants to buy Twitter? Are there any guardrails around something like this? Because this could be a very dangerous precedent.”

Lopez tried to make the claim Twitter shareholders don’t agree with Musk on free speech having previously called on the company to lead the way in removing, “bad actors” from the platform.

“He does not believe in the consequences of words,” Lopez said of Musk.

Elon Musk co-founded Paypal, a company that revolutionized online payments. He revolutionized the car industry with Tesla. He completely changed the game with SpaceX at a time NASA was stagnating under the weight of its bureaucracy.

There are not many people who can say they changed the world for the better three times, Mika certainly can’t make that claim, and he deserves the benefit of doubt.

Or, as Ohio GOP State Sen Michael Rulli made clear, his critics may just be jealous hypocrites.

Photos from the @space_station of Dragon and the Ax-1 astronauts approaching the orbiting laboratory before docking on Saturday, April 9 pic.twitter.com/4OG189TG9c

"It’s The Worst Political Environment That I’ve Lived Through"