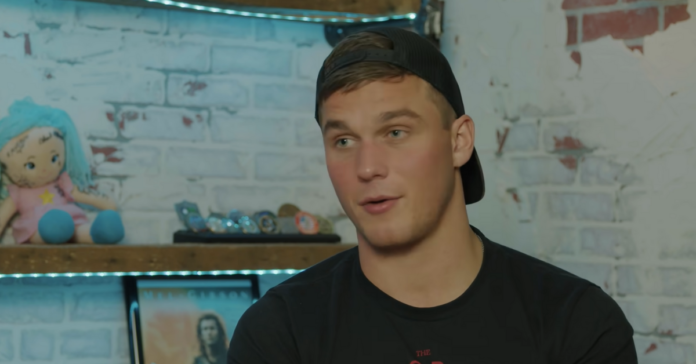 Republican Madison Cawthorn blew the whistle on corruption in Washington DC exposing lucrative insider trading schemes, media blackmail by keeping nasty stories on the shelf and then threatening to drop them, cocaine use, and sexual perversion.

“I heard a former president we had in the 90s was asked the same question and he gave an answer that I think is so true. He said the only thing not accurate in that show is that you can’t pass an education bill.

“The sexual perversion that goes on in Washington, I mean, being kind of a young guy in Washington, average age is probably 60 or 70. A lot of them that I’ve looked up to throughout my life.

“Or the fact that, you know, some of the people that are leading on the movement to try and remove addiction in our country and then you watch them do, you know, a key bump of cocaine right in front of you and it’s like, wow, this is wild.”

Madison went on to detail how the powerful get rich through no-show jobs and insider trading. Now, he did not name names but who knows what he will do in the future.

He seems fed up with the corruption so anything is possible.

The Establishment and Corporate Press work so hard to lie about me because they’re afraid of me.

I take that as a compliment because that means I’m doing my job.

Our Message has become the Majority & will lead us to a historic Majority.

The New Contract With America is a pledge to the American people, NOT the Swamp ➡️ https://t.co/3dImMiOmlM pic.twitter.com/hxB0KpbRCF